The Newton Food Centre is one of the earliest hawker centres built in 1971. In its early days, the hawker centre was promoted by the Singapore Tourism Promotion Board as a destination to sample Singaporean cuisine. To project the image of a modern garden city for tourists, the Public Works Department built the centre to house street hawkers who had been plying their trade in Koek Road and the Orchard Road Car Park (also known as Gluttons’ Square) for years.

The food centre was designed as a compound with stalls equipped with proper washing and drainage facilities, surrounded by an outdoor seating area with shady trees and other landscape features. It became popular with both tourists and locals alike for its variety of local food.

The old food centre closed in 2005 for major upgrading and reopened the following year on 1 July 2006. The semi-outdoor dining environment was retained but the design of the structures and the site layout were revamped. The new roof design drew reference from the pitched roof and clay roof tiles found on the neighbouring colonial-era terrace houses on Monk's Hill Terrace and the new stalls were arranged in a horseshoe shape which enhanced the village-centre like quality of Newton Food Centre. 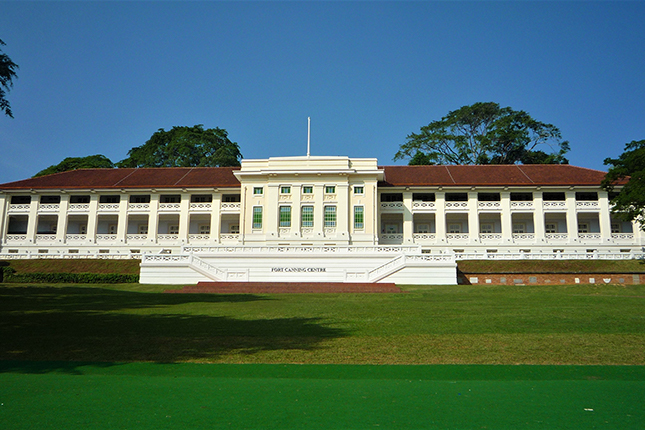