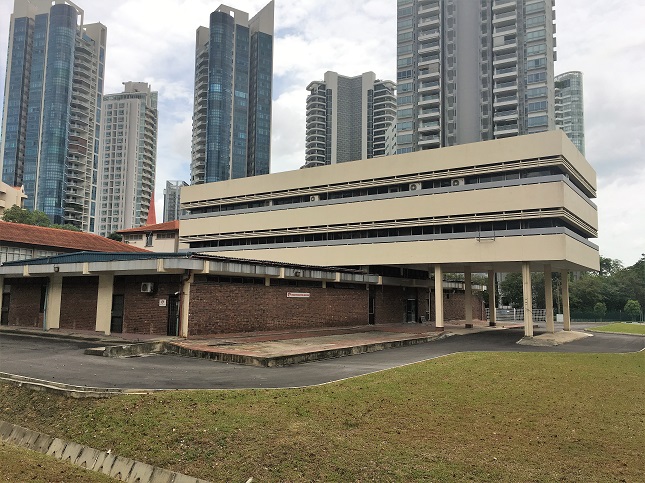 Its linear geometrical style, lack of decorations and muted industrial colours are characteristic of Corporate Modernism architecture, which emphasises functionality and practicality.

A variety of institutions have occupied the building. Its first occupant — the Singapore Family Planning and Population Board (SFPPB), implemented the first Five-Year Family Planning Programme in 1966. The policy reflects efforts to control Singapore’s booming population in the 1960s.

Over the next two decades, the site continued to host the offices of the SFPPB. Older generations may remember campaign slogans by the Board, like ‘Stop at Two’ and ‘The More You Have, the Less They Get’.

The next occupants arrived in 1990 — the Hospice Care Association (HCA). Since then, the site has been shared by many organisations which took up temporary occupancy there: The Epilepsy Support & Development Centre, the World Health Organisation, the Singapore National Stroke Association and the Breast Cancer Foundation.

As of 2018, the building has been tendered for future development by the Singapore Land Authority (SLA), which may be developed into a confinement centre.