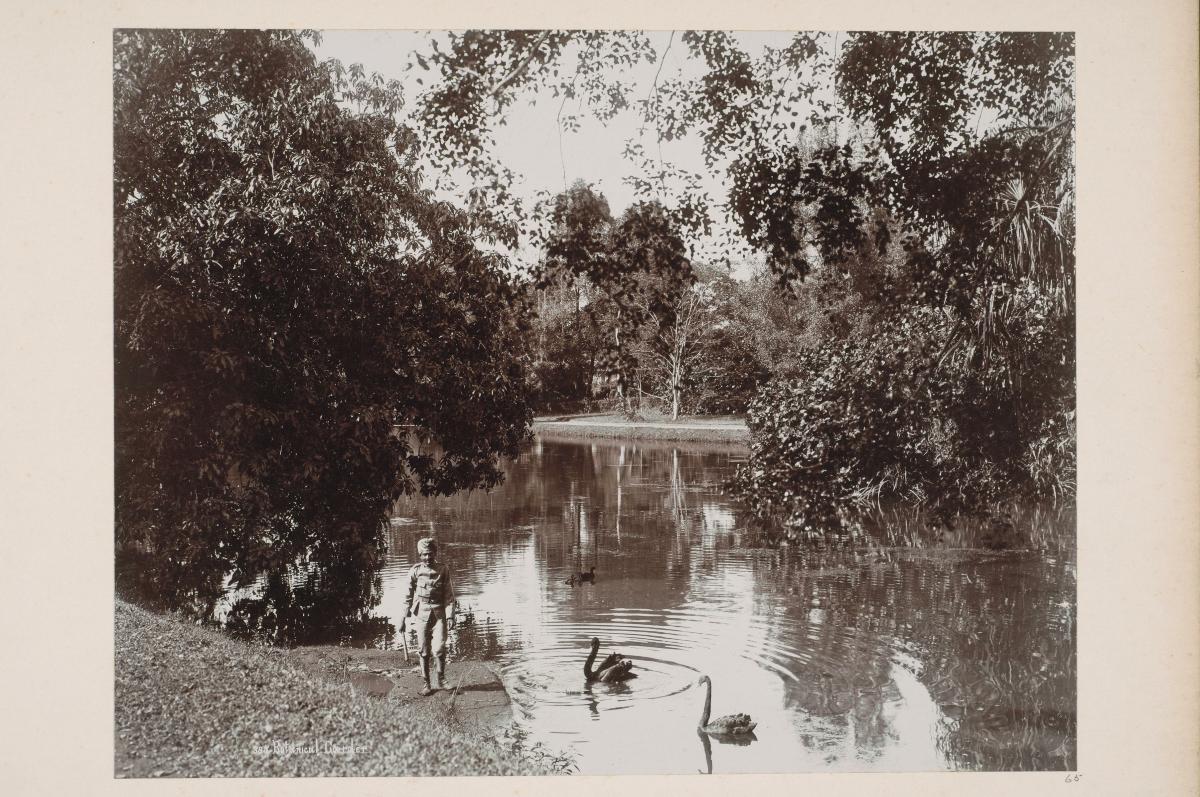 This photograph shows a pond in the Botanic Gardens, and an Indian man in uniform, possibly a policeman, is standing next to it. Sir Stamford Raffles started the first Botanic Gardens on Government Hill (Fort Canning Hill today) in 1822 when nutmegs, cloves and cocoa were introduced. However, the Gardens eventually closed in 1829 after meeting with financial difficulties. The Gardens at its current site was founded by an Agri-Horticultural society in 1859 and in 1888, Henry Ridley became the Gardens' first director, who was known for his zealous attempts at getting Malayan planters to grow rubber trees, so much so that he was nicknamed 'Mad Ridley'. 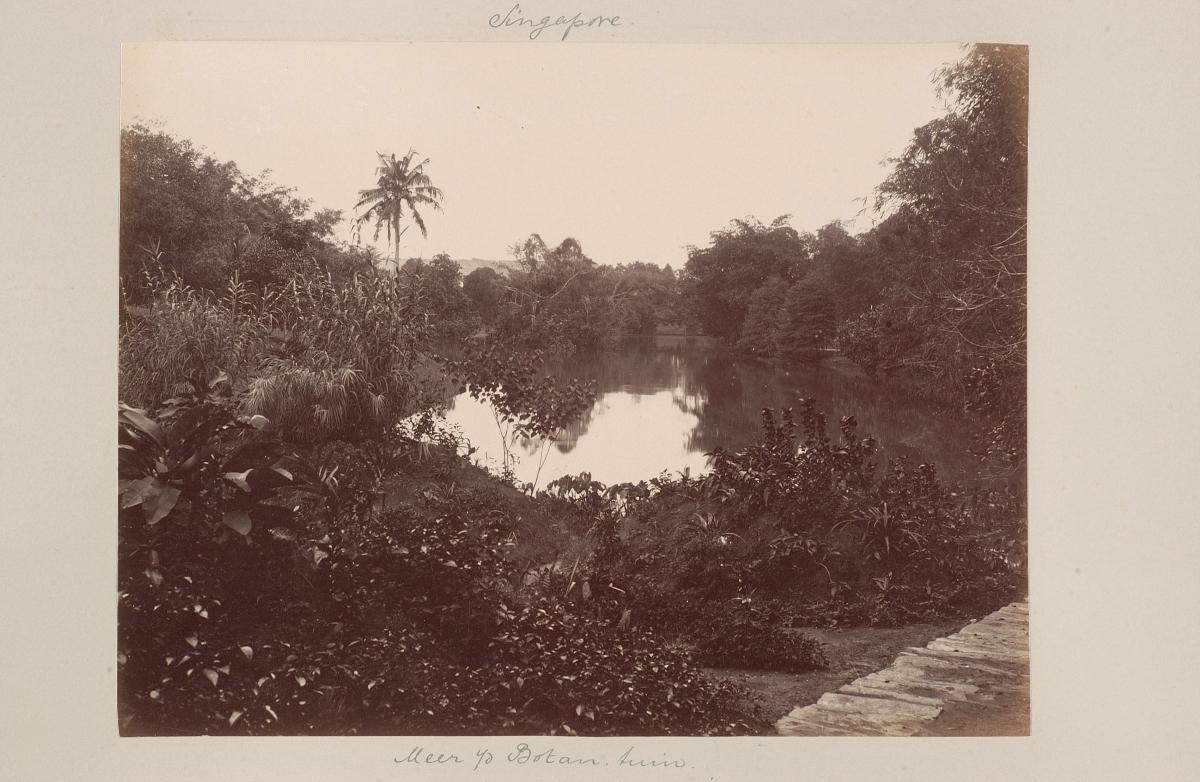 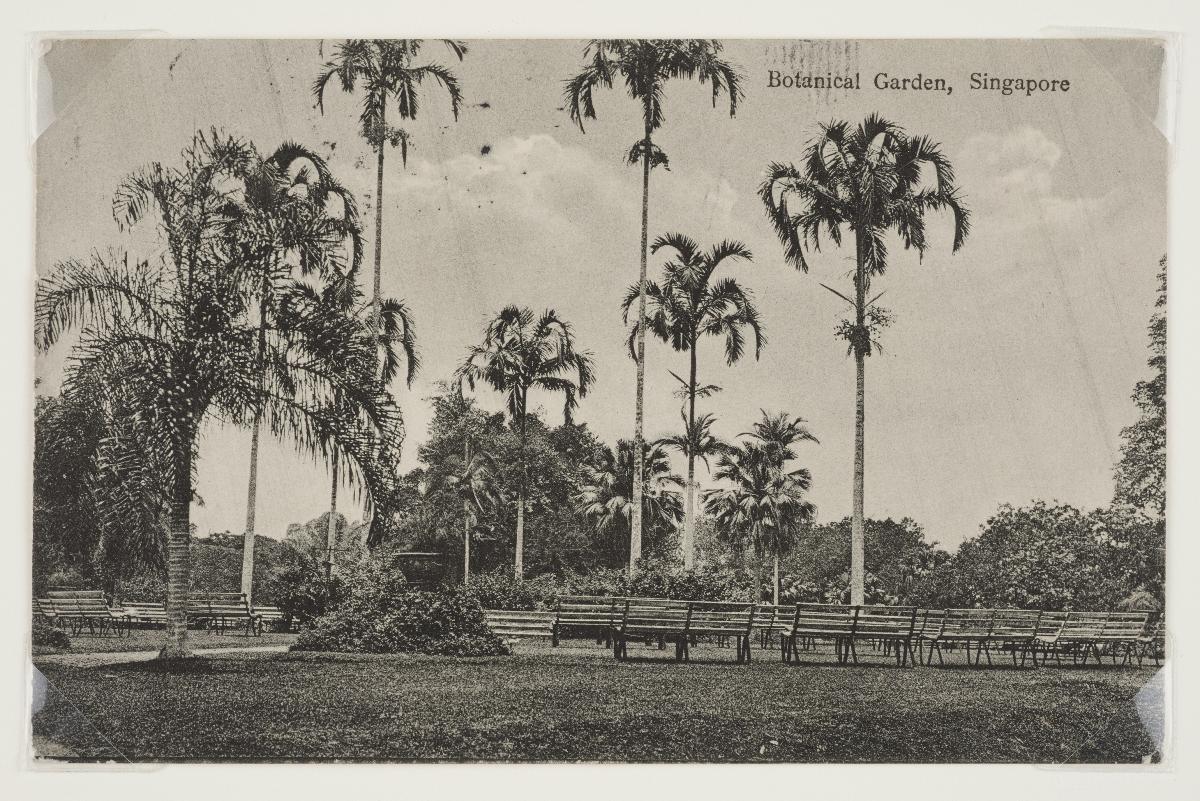 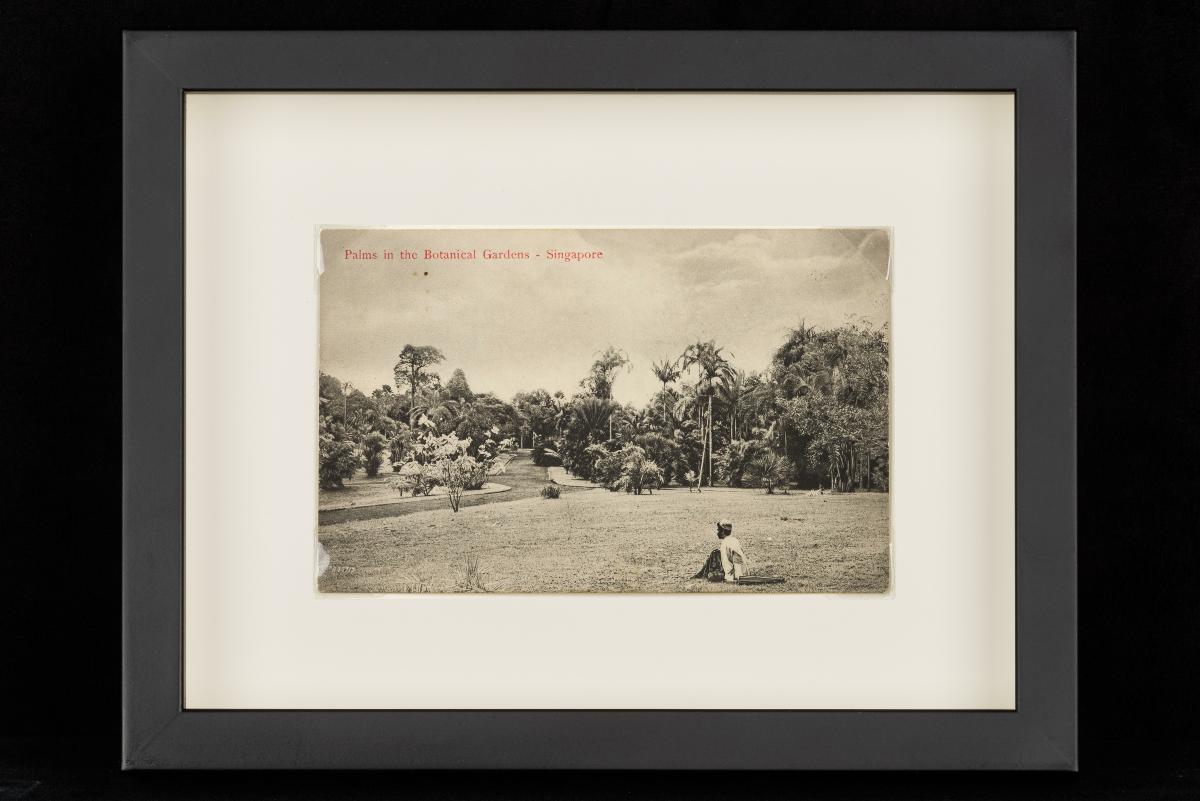 The palms in the Botanic Gardens 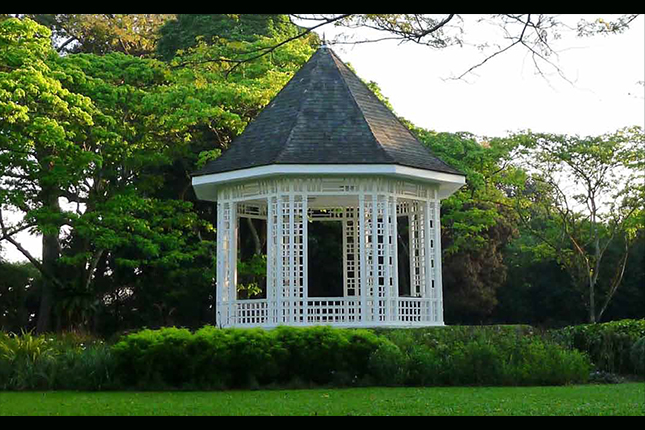 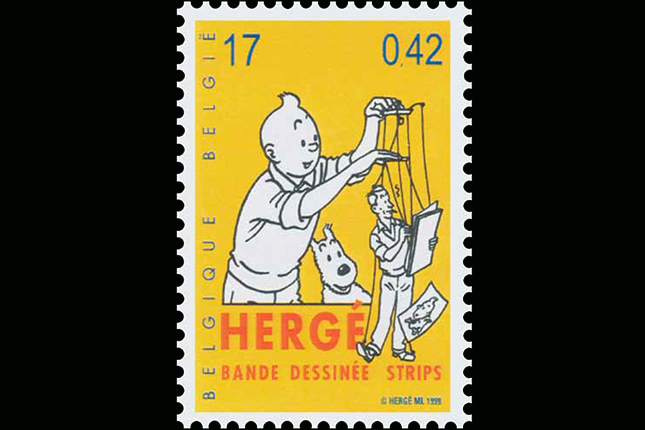 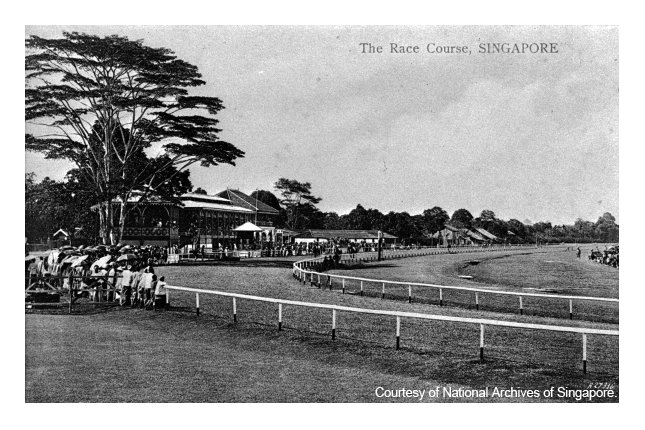 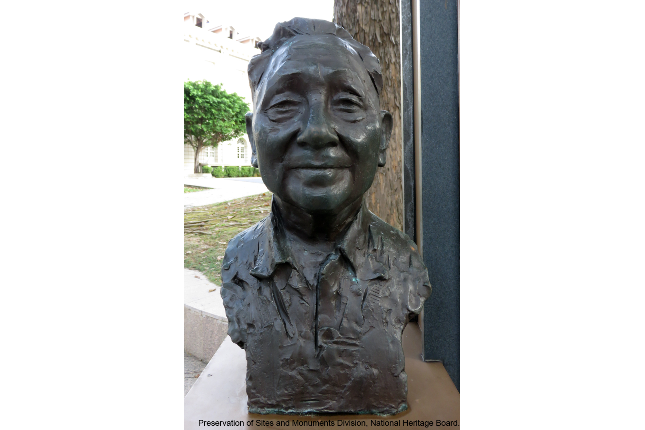