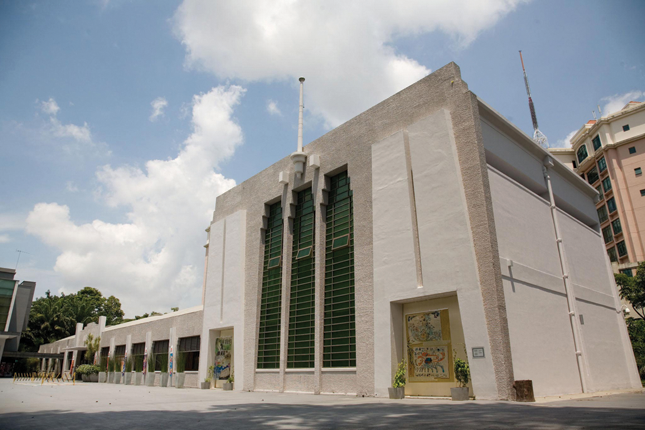 Built atop a little hill, the Former Ford Factory has been a visual landmark in Bukit Timah since its completion in 1941. As Ford Motor Company’s first automobile assembly plant in Southeast Asia, it bore witness to the booming manufacturing industry in Singapore in the twentieth century. The building is also remembered as the location where the British unconditionally surrendered Singapore to the Japanese in 1942.

Ford Motor Company of Malaya was established in Singapore in 1926 as a subsidiary of Ford Motor Company of Canada. It was also the regional headquarters in Southeast Asia, supervising the supply and distribution of Ford automobiles in Malaya, Dutch East Indies (today’s Indonesia), Thailand, and Borneo. The company first operated in Dunlop House on Robinson Road and had its initial assembly ‘plant’ in a garage on Enggor Street in Tanjong Pagar. The increase in demand for Ford products led to the transfer of the assembly operations to a railway warehouse on Prince Edward Road. In 1941, Ford Motor Company of Malaya moved to its newly built Ford Factory in Bukit Timah and started operation and production there in October 1941.

Ford Factory’s new location was strategic. Not only was the manufacturing and assembly plant situated on Bukit Timah Road, a major road connecting the town centre of Singapore in the south to the north of the island, it was also near the railway. This allowed the factory’s products to be exported to other parts of the region with relative ease.

Like many other plants owned by Ford Motor Company of Canada throughout the British Empire, Ford Factory had been producing military vehicles since 1940 in support of British war efforts. During the Malayan Campaign in 1941, which began when the Japanese launched an offensive in Kota Bharu north of the Malayan peninsula, the Royal Air Force also used Ford Factory to assemble fighter planes. However, most of the aircraft manufactured at Ford Factory never had the opportunity to engage their Japanese counterparts; they were hastily flown out of the region towards the end of January 1942, when it became apparent that Singapore was doomed for capitulation. Shortly before Singapore fell, General Tomoyuki Yamashita, Commander of the Japanese 25th Army, seized Ford Factory and made it the Japanese military’s headquarters.

Surrender of the British

Singapore’s fate was sealed on 15 February 1942 when the British surrendered to the Japanese. After receiving Holy Communion in his office in Fort Canning, the British General Officer Commanding of Malaya Lieutenant-General Arthur E. Percival met with General Yamashita at Ford Factory to discuss the terms of surrender. That evening, Lieutenant-General Percival signed the document in the factory’s boardroom, unconditionally surrendering Singapore to the Japanese. During the Japanese Occupation (1942–1945), the well-known Japanese automobile manufacturing firm Nissan occupied the plant, designating it for the assembly of motor trucks and other military vehicles.

When the war ended in 1945, the British Army took over Ford Factory, using it to repair engine parts and carry out certain precision tasks. It was only two years later, in 1947, that the Ford Factory was returned to Ford Motor Company of Malaya. The plant resumed its production and assembly of Ford motorcars until 1980, when the firm moved out of Singapore.

The Former Ford Factory was designed in the Art Deco style by French engineer-architect Emile Brizay, who was also the architect of the Church of Saint Teresa. Features of the Art Deco style that are present in this building include the bevelled doorways and the flagpole rising from the building. Three large green-glazed windows set in stepped openings, each ten metres tall, stand out prominently on the entrance façade. The frontal façade also features an interesting visual contrast between the roughcast surfaces and the cleft panels of smooth plasterwork.

The Art Deco style was widely used in the design of public buildings constructed in Singapore during the 1930s, including the Former Tanjong Pagar Railway Station and the Former Cathay Building. At its completion, the Former Ford Factory was one of Singapore’s industrial showpieces and was equipped with the most modern industrial technology of that time.

In 2005, the National Archives of Singapore (NAS) acquired the Former Ford Factory site where the British surrendered to the Japanese during World War II. The site underwent extensive development and a new repository was developed to house the growing archival collection. In addition, anchoring on archival records and the significance of the site, NAS curated an exhibition showcasing the memories of life during the Japanese Occupation. 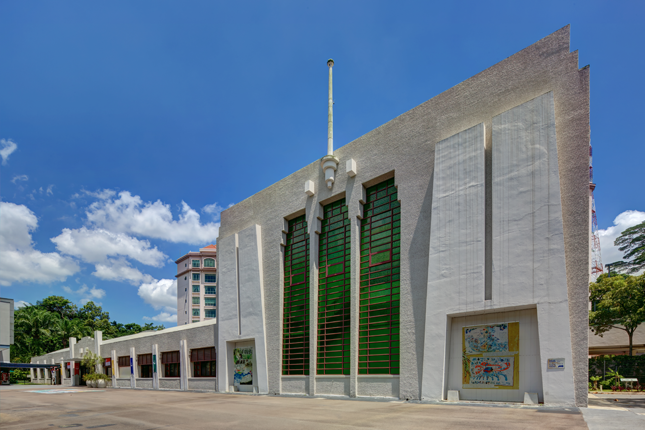 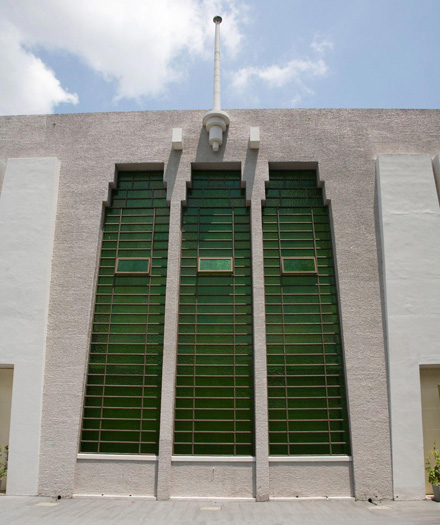 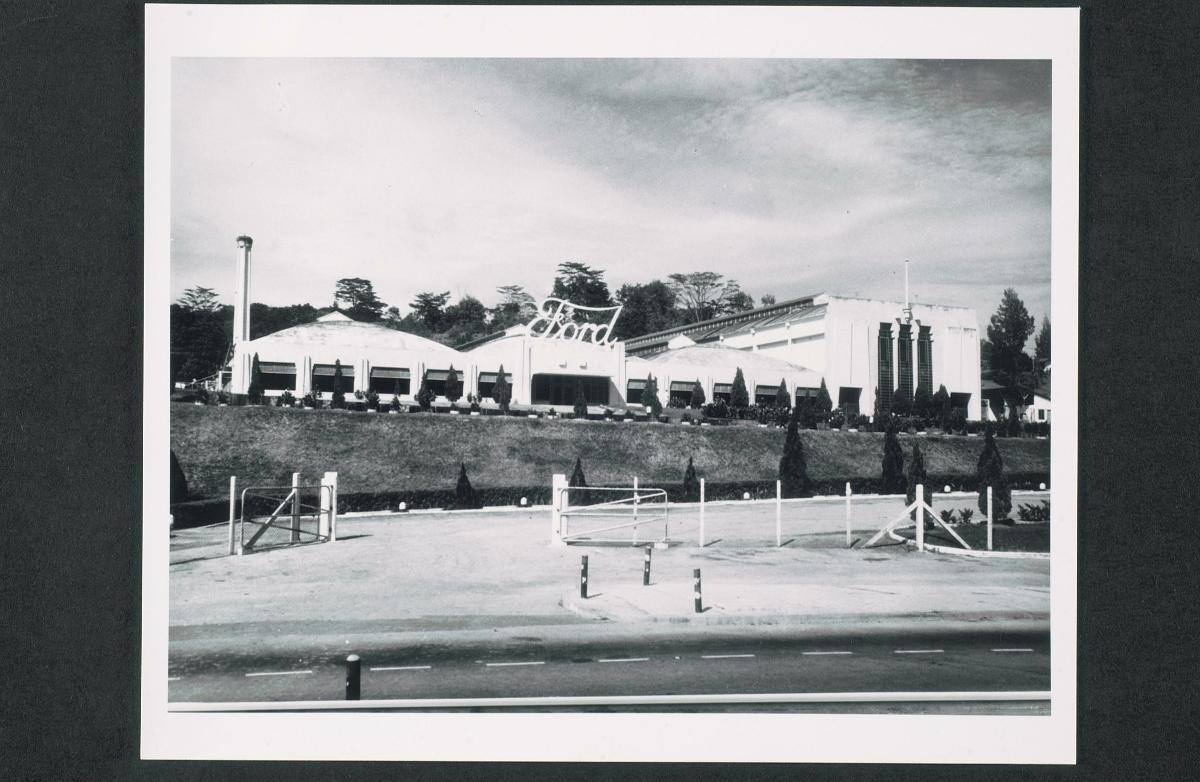 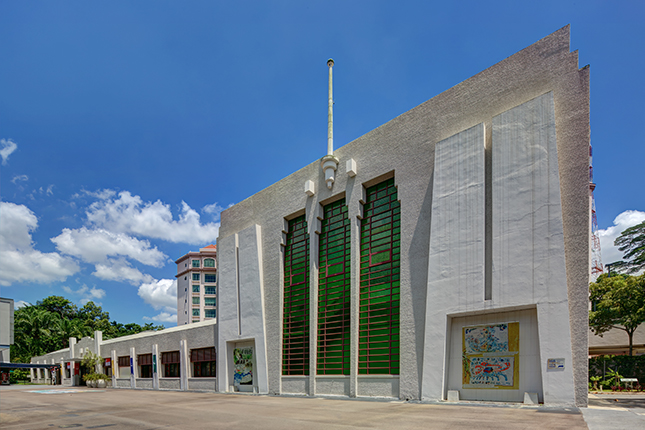 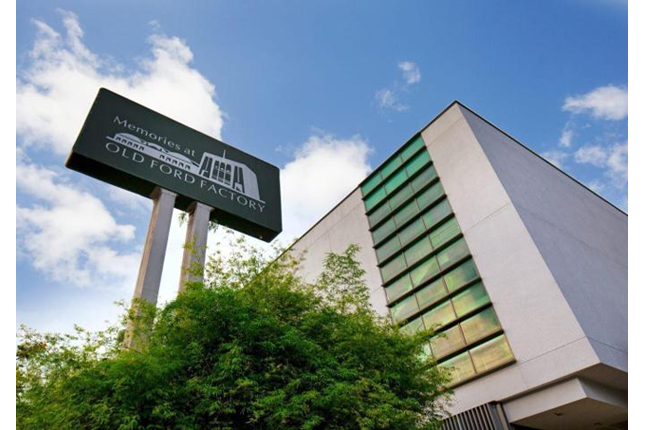