This National University of Singapore (NUS) campus was once the site of the former Raffles College. Established in 1928 to commemorate the centenary of the founding of modern Singapore, Raffles College was Singapore's second institution of higher learning and the predecessor to the NUS. Its first donors included business leaders such as Oei Tiong Ham, Sir Manasseh Meyer and Eu Tong Sen, as well as the Sultan of Johor and the Straits Trading Company.

Designed by Cyril Farey and Graham Dawbarn, Raffles College was built in the style of early European universities, with campus buildings and covered walkways opening out to quadrangles shaded by greenery.  Construction works for the college were completed in 1928, and classes commenced on 21 June that year with the first cohort of 43 students.

In 1949, the college merged with the King Edward VII College of Medicine to form the University of Malaya, which operated from two campuses, one in Singapore and another in Kuala Lumpur, Malaysia. In 1962, the Singapore campus became an autonomous institution known as the University of Singapore. Its successor, NUS, now manages and operates from campuses at Kent Ridge and Bukit Timah. Invitation to the Foundation Day of University of Malaya 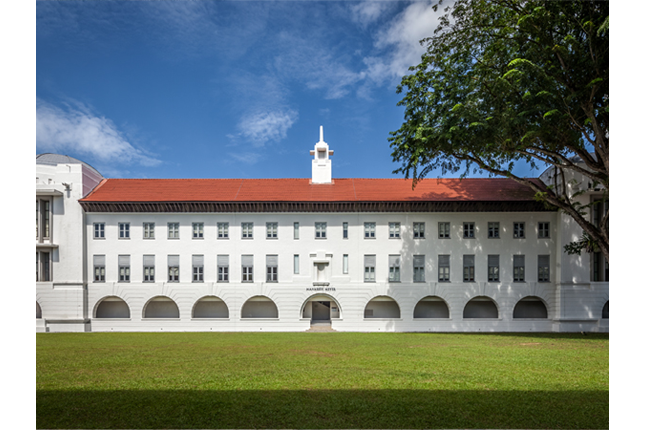