Well-loved for its local landmark fishing pond, Pasir Ris Town Park was developed in the late 1980s by the Housing & Development Board (HDB). The 14-hectare park later came under the stewardship of the National Parks Board and includes playgrounds, gardens, sporting facilities and a hawker centre.

The Town Park was built partially on the site of the former Golden Palace Holiday Resort, which operated between 1967 and 1971. The 11-acre former resort included chalets, a motel, a night club and a restaurant as well as a fishing and boating pond developed from a former sand quarry, which was its centrepiece attraction.

However, Golden Palace was not a commercial success and the land was eventually sold to the government in 1973. The Primary Production Department (now part of the Singapore Food Agency) subsequently used the site as an aquaculture station, testing the commercial breeding of udang galah prawns and soon hock fish, before the HDB took over and developed the Town Park.

Over the years, fishing in Pasir Ris has evolved from subsistence for kampong residents to a commercial industry, and eventually to the recreational activity it is today. The Town Park’s fishing pond keeps this area’s fishing heritage alive, bringing together anglers, joggers and families out for strolls. 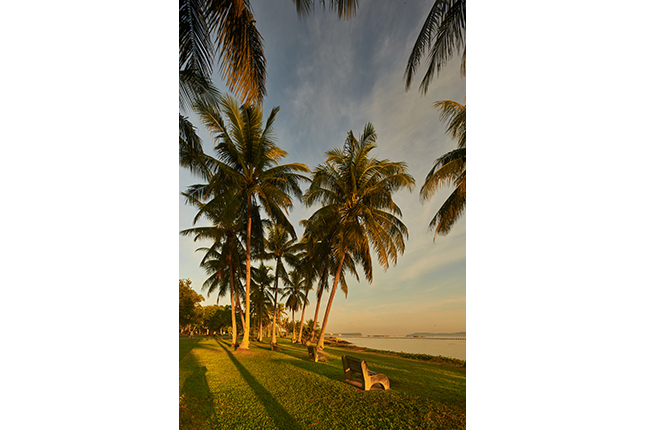