The Pasir Ris district, located at the northeastern end of Singapore, was formerly the site of a small village referred to as ‘Pasier Reiss’ in an 1852 map of the island. It has been speculated that the name of the area was derived from the Malay terms ‘pasir’ (meaning ‘sand’) and ‘iris’ (meaning ‘to shred’), and was a reference to the white sandy beaches found there. Pasir Ris was originally a rural area filled with Malay and Chinese kampongs as well as plantation estates. Between the 1950s and 1970s, Pasir Ris Beach was a popular seaside resort for recreational activities such as water skiing. The nearby Pasir Ris Hotel was also a popular venue used for hosting parties and picnics. Pasir Ris was later developed in a public housing estate with the beach area redeveloped into the Pasir Ris Beach Park. The NTUC Pasir Ris Resort, a family resort with chalets and country club amenities, was completed near the beach area in 1988. The resort and park facilities ensure that Pasir Ris Beach remains a popular recreational spot for locals. 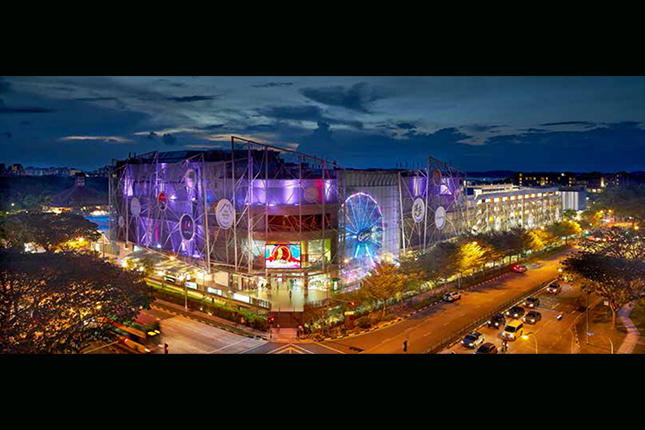 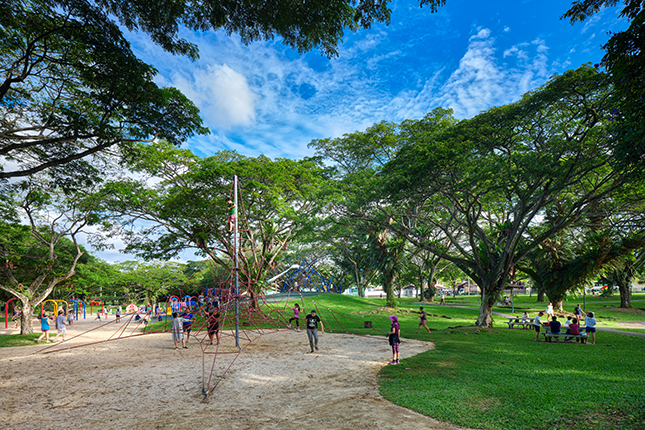 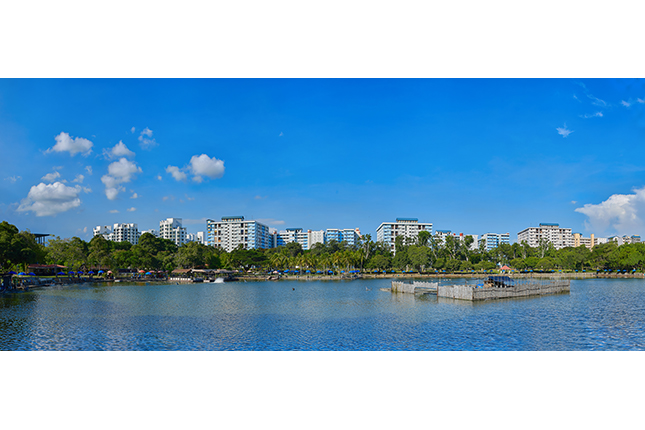