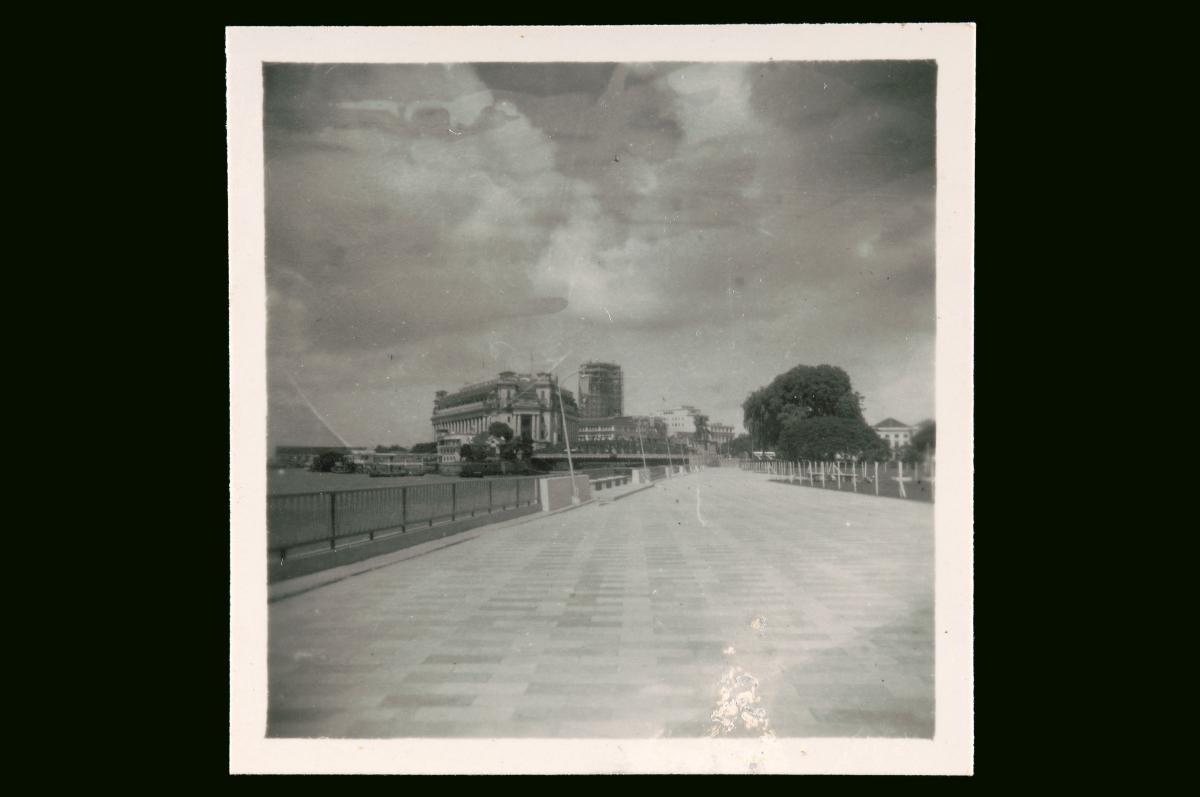 This photograph is part of a series which depicts the sights and scenes of 19th and 20th century Singapore.Adjoining the mouth of the Singapore River on its northern bank was the seafront promenade known as Queen Elizabeth Walk. Covering an area of around 9.5 acres, the nearly-completed promenade was officially opened on 30th May 1953, the Coronation Day of Queen Elizabeth II, and named in honour of the Queen. Built using the money collected to erect a memorial honouring those who died in the Second World War, the revamped promenade was considered part of the Esplanade area opposite the Padang (Malay for ‘flat field’) that was built on reclaimed land in 1943. The promenade was a popular hangout for people to stroll and enjoy the sea view, which has since been blocked by the Esplanade Bridge and the Esplanade – Theatres on the Bay arts and entertainment complex. Besides the Walk, other notable landmarks in the area included the Esplanade Park, the Cenotaph, the Tan Kim Seng Fountain, the Lim Bo Seng Memorial, and the Satay Club hawker centre. 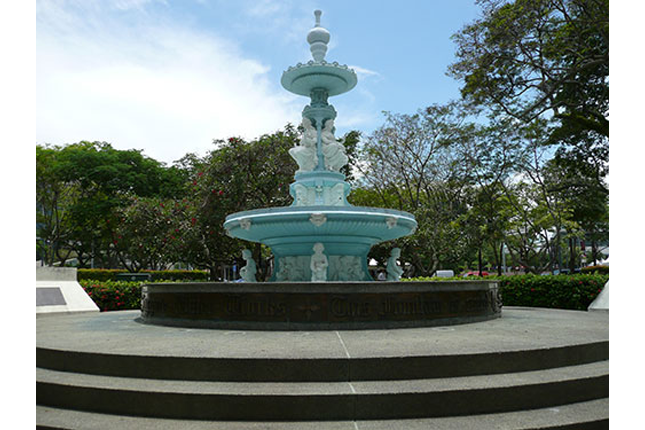 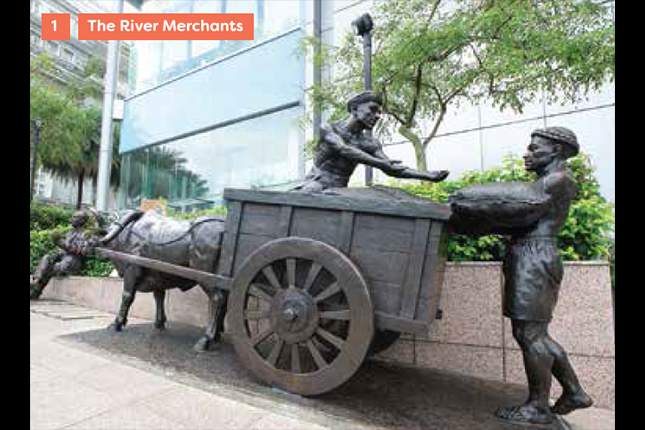