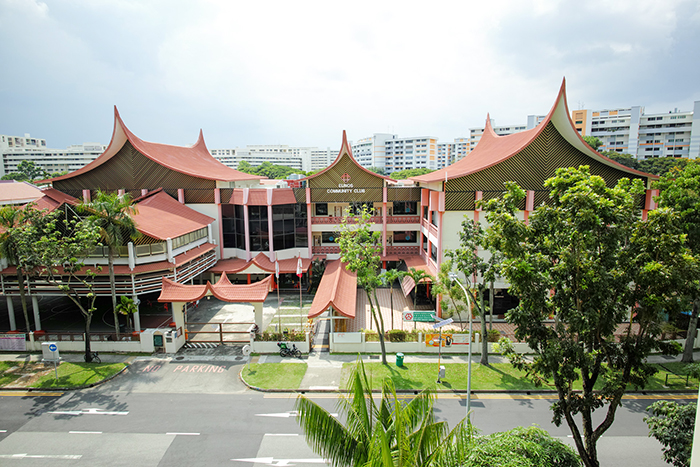 Singapore’s community clubs (CC) have come a long way since the early days of simple zinc-and-wood buildings. Today, many community centres, such as Eunos Community Club, function as recreational hubs and spaces for people to connect over shared experiences.

From Centres to Hubs

CCs begun in the early 1950s as an initiative by the British to foster community development in Singapore. They were known then as community centres and were mostly small and simple structures offering social amenities such as enrichment classes, football fields and open-air cinemas.

With the establishment of self-governance in Singapore in 1959, the role of community centres expanded. They became focal points for community and national building. Community Centres were places for celebrating racial festivals, National Day and even send-off dinners for National Servicemen.

It was during this period, in 1963, that the residents of Kampung Eunos, headed by Mr Yap Lian Teck, appealed to the government to build a community centre for them.

Following Singapore’s independence in 1965, the local community leaders took the initiative to fulfil their plans themselves. They endeavoured to build a community centre managed by the people, for the benefit of the people.

A planning committee was formed in 1968 and it launched a campaign to collect contributions from donors across Singapore. The campaign successfully gathered $110,000 from public contributions and donations.

Moving to A New Home

Kampong Eunos Community Centre officially opened on 18 July 1972. Over a decade later in 1989, it was announced that the centre would move to a new location— a three-storey building at Bedok occupying 1,403 m2.

The building’s tall Minangkabau-style roof was specially designed to reflect the cultural heritage of the Malay community in Eunos. Circular columns frame the building, blending harmoniously with its modern architecture.

Eunos CC is home to a myriad of cultural groups, including Malay and Chinese dance troupes and a Mandarin Toastmasters Club.

One prominent dweller is the Eunos Chinese Opera Group (ECHO). This Cantonese opera troupe advocates for Chinese Cantonese theatrical art, training its members to read, learn and sing Cantonese lines. Since most of its members are not Cantonese speakers, they learn their lines with the help of romanised phonetics.

Although the function of community centres has evolved over the past few decades, their aim to foster community building and provide their residents with access to social amenities remains unchanged.

Identifiable by its striking Minangkabau-style roof, Eunos Community Club is a hub of activity and functions as a common space for Eunos residents. View of main building of the Teutonia Club 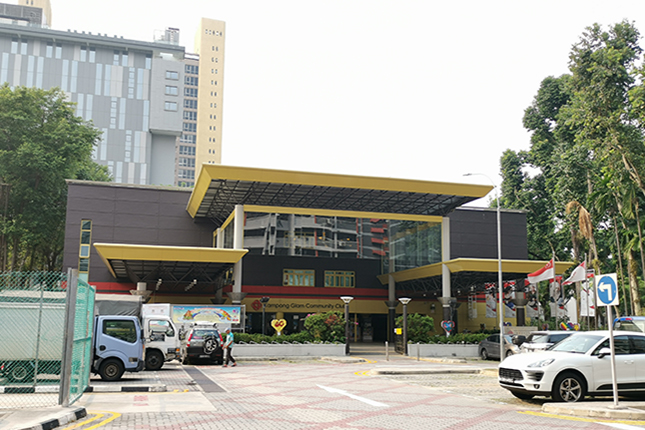 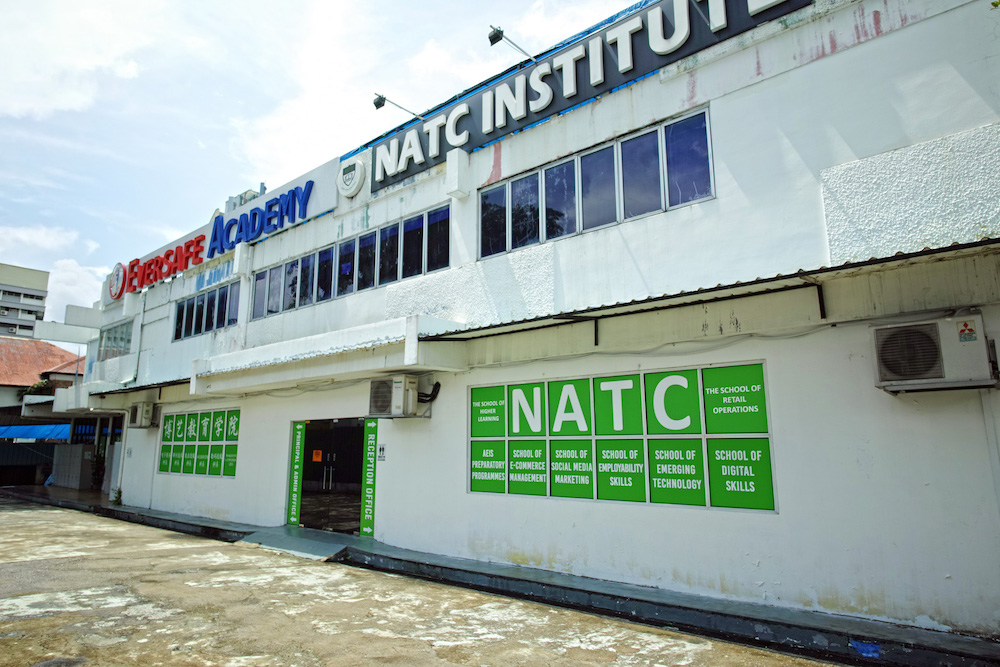