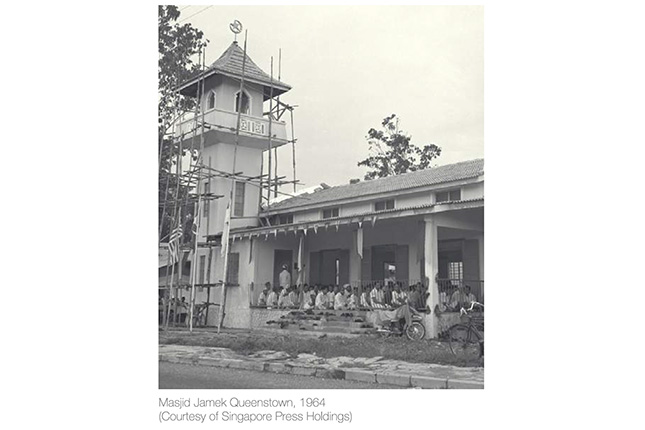 The Jamek Mosque was officially opened on 25 December 1964 by then Malayan Minister for Agriculture and Co-operatives, Mohamed Khir Johari, to house a growing number of worshippers in the estate.

Designed in the traditional Javanese style, the single-storey Mosque is characterised by its imposing minaret and pitched roof above the prayer hall. The Mosque had a miniature garden filled with tropical decorative plants and wooden fences which ran along its perimeters.

In the 1970s and 1980s, the Mosque was particularly susceptible to flooding because it was located in a low lying area next to the Alexandra Canal. The stretch of road next to the Mosque was subsequently raised 6 times and the garden had to make way for a larger drainage system. Johari bin Pardi, 61, a long-time worshipper at the iconic mosque, recalled:

“The area surrounding Margaret Drive was extremely prone to flooding. There was once when the flood was knee-deep and animal carcasses were floating around.” 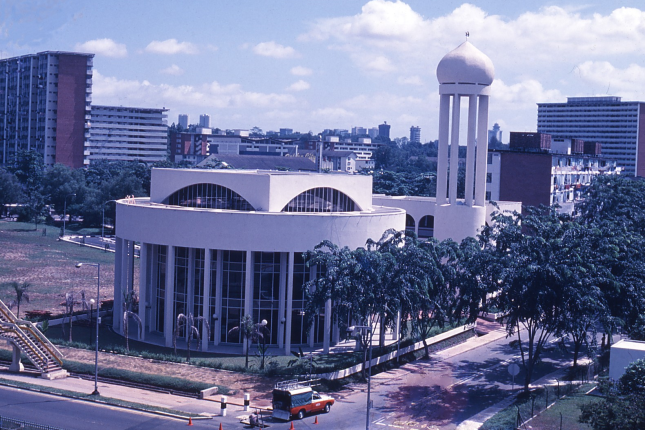 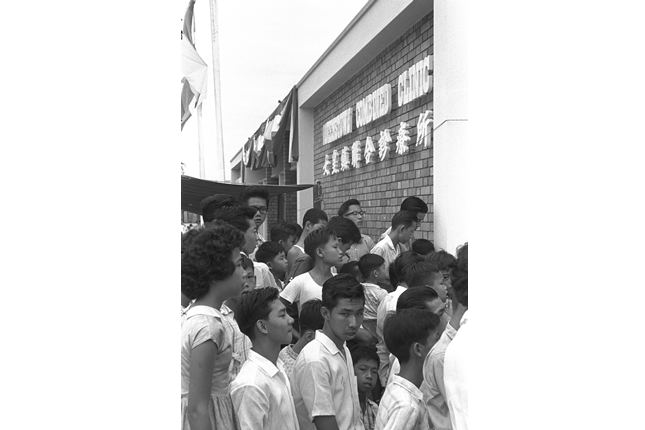