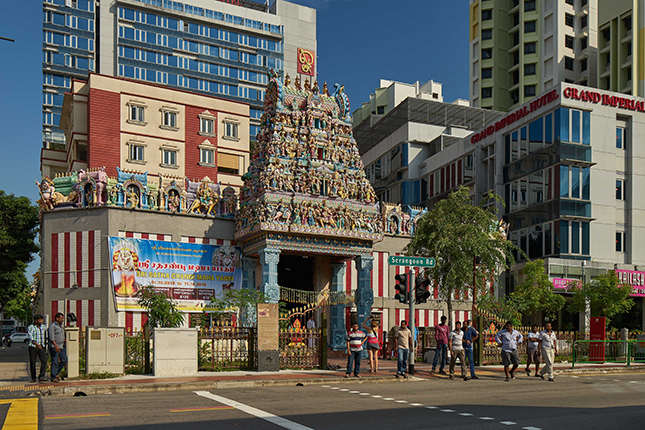 The Sri Veeramakaliamman Temple is Singapore’s first temple dedicated to Veeramakaliamman or the goddess Kali, a fierce incarnation of Shiva’s wife and “Destroyer of Evil.” Hindus also believe that she destroys ignorance and protects her devotees by maintaining world order. Many pioneering Indian settlers here turned to her for a sense of security in a foreign land. They also asked the goddess for help in getting promoted or to be free from illness, while barren women sought her help to regain their fertility.

The temple was originally known in Tamil as the "Soonambu Kambam Kovil" or the “temple at the village of lime” because of lime kilns found in the area. It was believed that Tamil workers who worked the lime pits at Kampong Kapor erected a shrine dedicated to the Veeramakaliamman on this site as early as 1855. A temple was then built by Bengali labourers in 1881.

In 1908, the dilapidated temple was restored after the daily-rated municipal labourers took over the management of the temple and the overseers of the labourers were made trustees. They shipped in a statue of the goddess Kali from South India and built the main hall and shrine. The other important statues of the temple were installed by the 1930s, and the temple is a conserved building today.

During the Japanese Occupation, the temple sheltered over 20 vagrants nightly and provided them with food. In October 1943, G Maruthamuthu Pillai, a trustee of the temple, presented the Indian National Army with a sword made with a silver blade and a gilt handle. The whereabouts of this sword today are unknown. 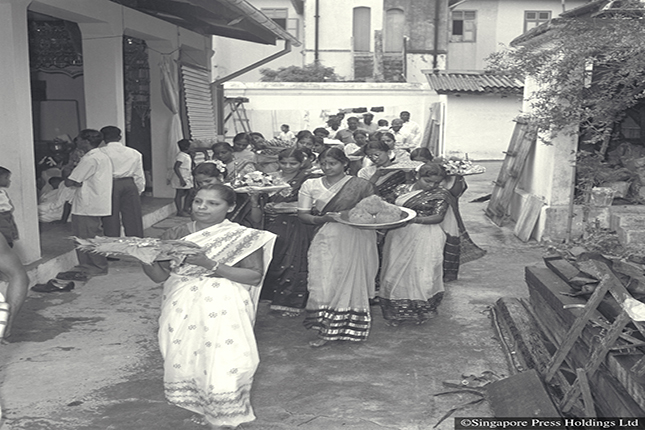 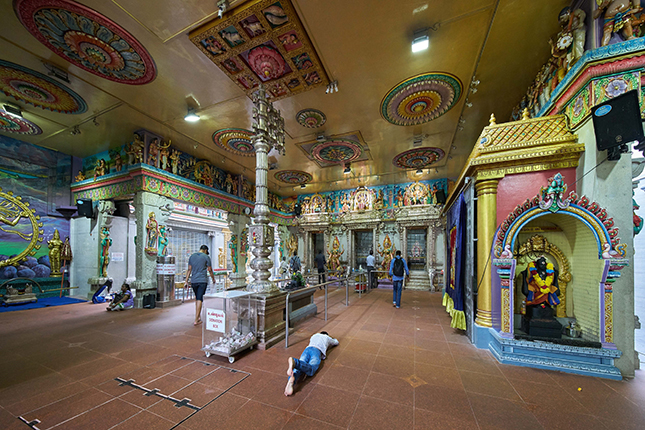 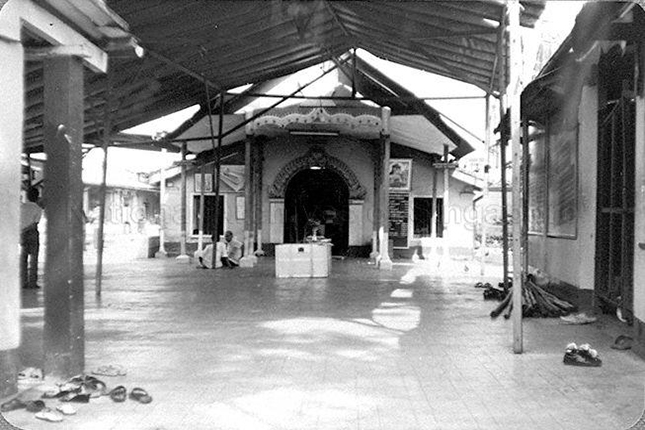 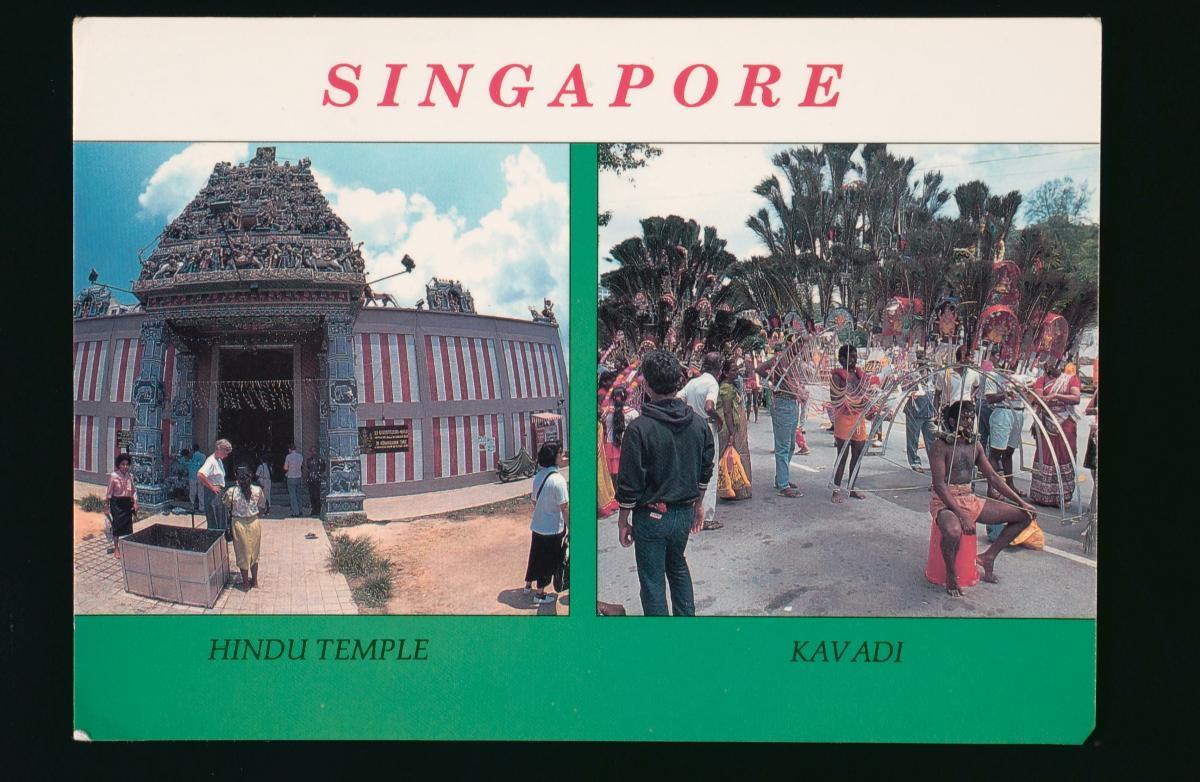 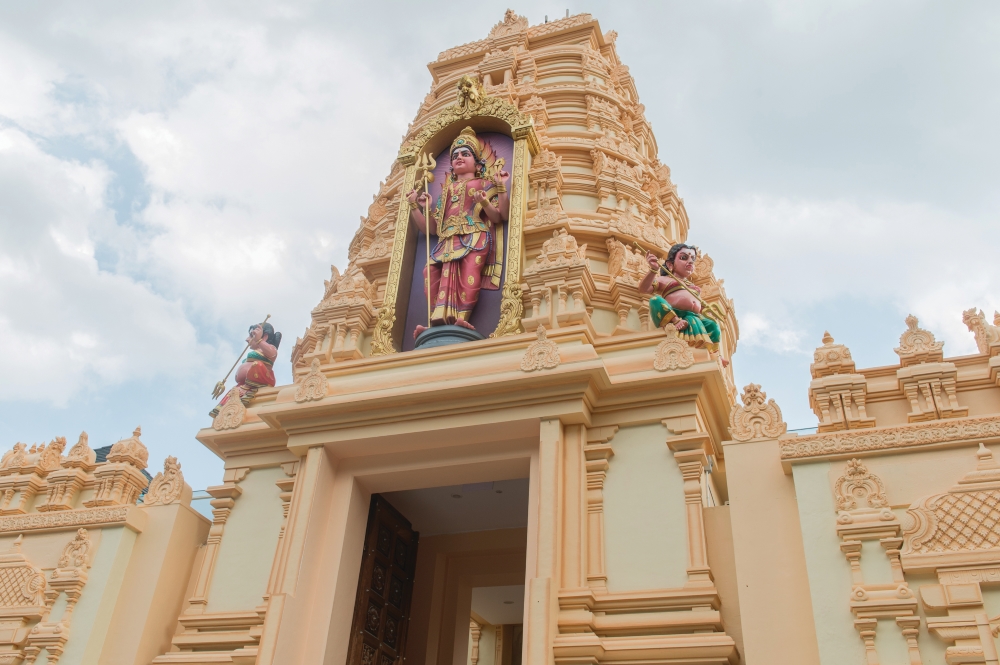