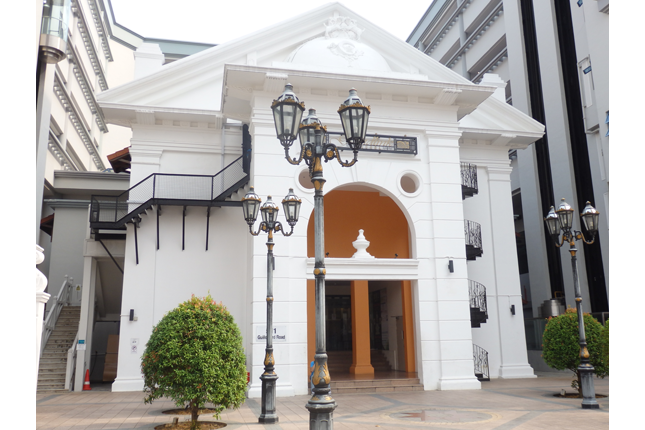 Cinemas were a major attraction for Geylang Serai residents in the early days. Located at 511 Guillemard Road is the Queen’s theatre, which opened in the early 1930s.

The cinema was renovated in 1949 and Shaw Organisation expressed an interest in acquiring it.

In its heyday, the cinema screened Malay, Indonesia and even Egyptian movies. Shaw Organisation eventually closed it in 1982.

Today, the site of the former cinema is occupied by Grandlink Square but the facade of the old theatre is visible from Lorong 44.