Back in 1819, the British set up a trading settlement on the tiny island now known as Singapore. As they established a port in the southern part of mainland Singapore, it was only natural that they would need a communications centre to handle the administrative and operational matters relating to the port. The British eventually chose to set up a port communications centre on Fort Canning Hill as it was a strategic location which overlooked the Singapore Harbour. Boat Quay with the Fort Canning Lighthouse visible in the background, 1903. Collection of Andrew Tan. Courtesy of National Archives of Singapore.

A flagstaff was built on the hill and it was used to transmit important details to the ships entering the Singapore harbour. By 1855, a simple lantern that doubled as a signal light was attached to the top of the flagstaff. The flagstaff light was replaced by the Fort Canning Lighthouse in 1902, which was constructed by Riley, Hargreaves and Company on the southern part of the hill. The 24.3-metre high Fort Canning Lighthouse shone 20,000 candelas worth of light which was generated by a vaporised kerosene burner. The lighthouse’s beam occulted for three seconds every 17 seconds through the lowering of a metal cylinder around the burner.

Interestingly, when the old Supreme Court was being built on St Andrews Road from 1937 to 1939, the architects were instructed to ensure that the building did not obstruct the view of the Fort Canning Lighthouse. The lighthouse guided ships safely into the Singapore Harbour for 55 years until it was decommissioned on 12 December 1958, when tall buildings built along the Singapore Harbour had hampered its visibility from the sea. Although the original Fort Canning Lighthouse survived the Second World War, the current one that you see standing in its original location is a fully-functional replica. In April 2014, the Fort Canning Lighthouse shone its light again after more than half a century as the Maritime and Port Authority of Singapore (MPA) launched Singapore’s first maritime trails. Since then, the replica remains lit at night.

After the Fort Canning Lighthouse was dismantled, a lighthouse was fitted on top of the Fullerton Building as a replacement. The Fullerton Building, situated at the mouth of the Singapore River, is a significant part of Singapore’s history having housed the General Post Office since its opening in 1928. The building survived the Second World War too and after the General Post Office moved out in 1996, this historical landmark was placed under conservation the following year. The building that stands at 1 Fullerton Square today underwent restoration works from 1998 to 2000 and was subsequently converted into the Fullerton Hotel which was officially opened in January, 2001 by the then Prime Minister of Singapore, Mr Goh Chok Tong.

The Fullerton Lighthouse consisted of a round lantern with an aerobeacon in it. The revolving beacon stood about 48 metres above sea level shining 540,000 candelas worth of light which could be seen by ships up to 29 kilometres away. The lighthouse was eventually decommissioned in 1978 as its function was limited by the growing Singapore skyline. In 1985, the lantern in the lighthouse was transferred to the Singapore Maritime Museum as a working exhibit. However, the artefact can now be found on display in an open site near Harbourfront Tower One after the museum closed in 2001. Today, the original site of the Fullerton Light on the 8th floor of the Fullerton Hotel has been transformed into a fine dining restaurant called The Lighthouse. The Fullerton Lantern on display at Harbour Front, 2014.

The Fullerton Lighthouse was subsequently replaced by the Bedok Lighthouse. The Bedok Lighthouse is special in more ways than one. It was Singapore’s first fully automated and unmanned lighthouse, and was launched on Singapore’s National Day in 1978. In addition, it was the first lighthouse built atop a residential building on mainland Singapore. It is still functioning today on the roof of a 26-storey block in the Lagoon View condominium along Marine Parade Road.

The lighthouse flashes a beam of light 600,000 candela strong once every five seconds and has been reported to be visible up to 40 kilometres away at sea. The Bedok Lighthouse also helped pilots to navigate around Singapore’s airspace. An additional lighthouse on mainland Singapore will be built to complement the Bedok Lighthouse.  It sits atop a nearby 25-storey Housing & Development Board (HDB) block along Marine Terrace. A closed-circuit television (CCTV) and electro-optic camera, as well as radio communications equipment will be installed at the new lighthouse to improve its functions and to boost its security.

This tale of the three lighthouses depicts the story of navigational infrastructure, such as lighthouses, evolving alongside the city state’s development. This highlights the need to always remain relevant amidst modernisation and advances in technology. 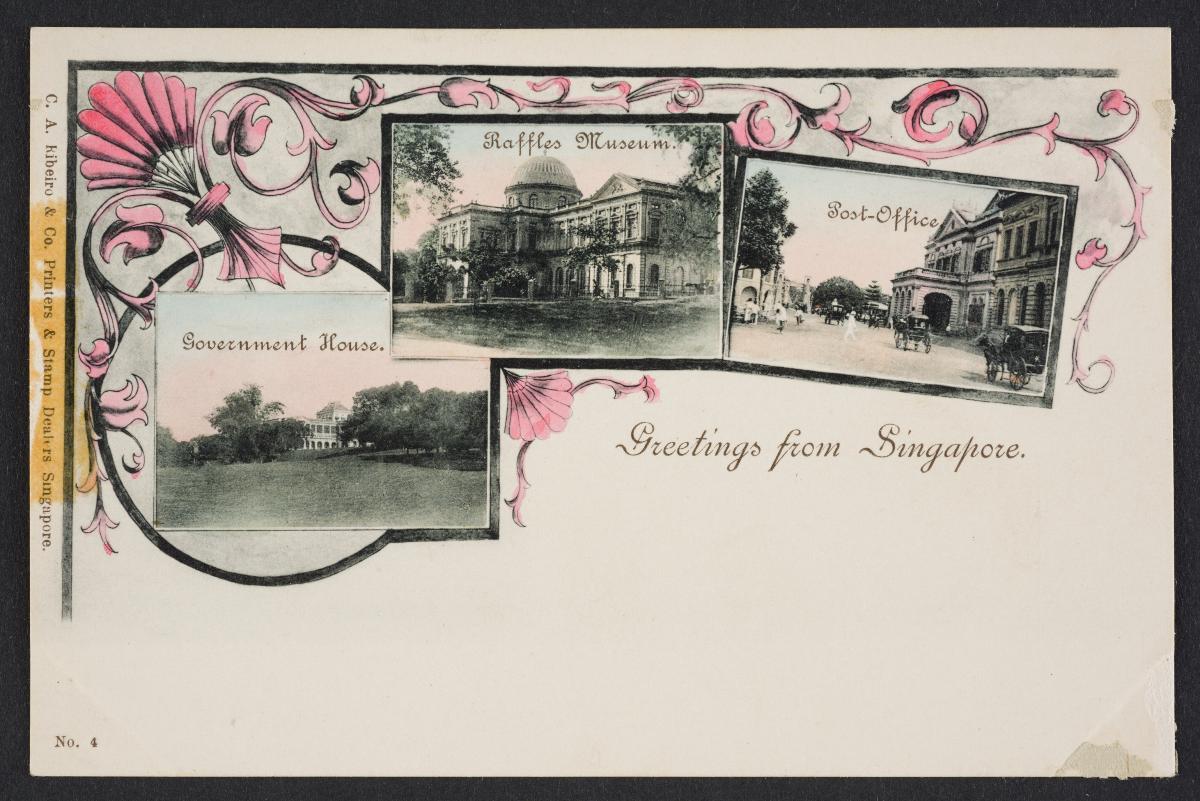 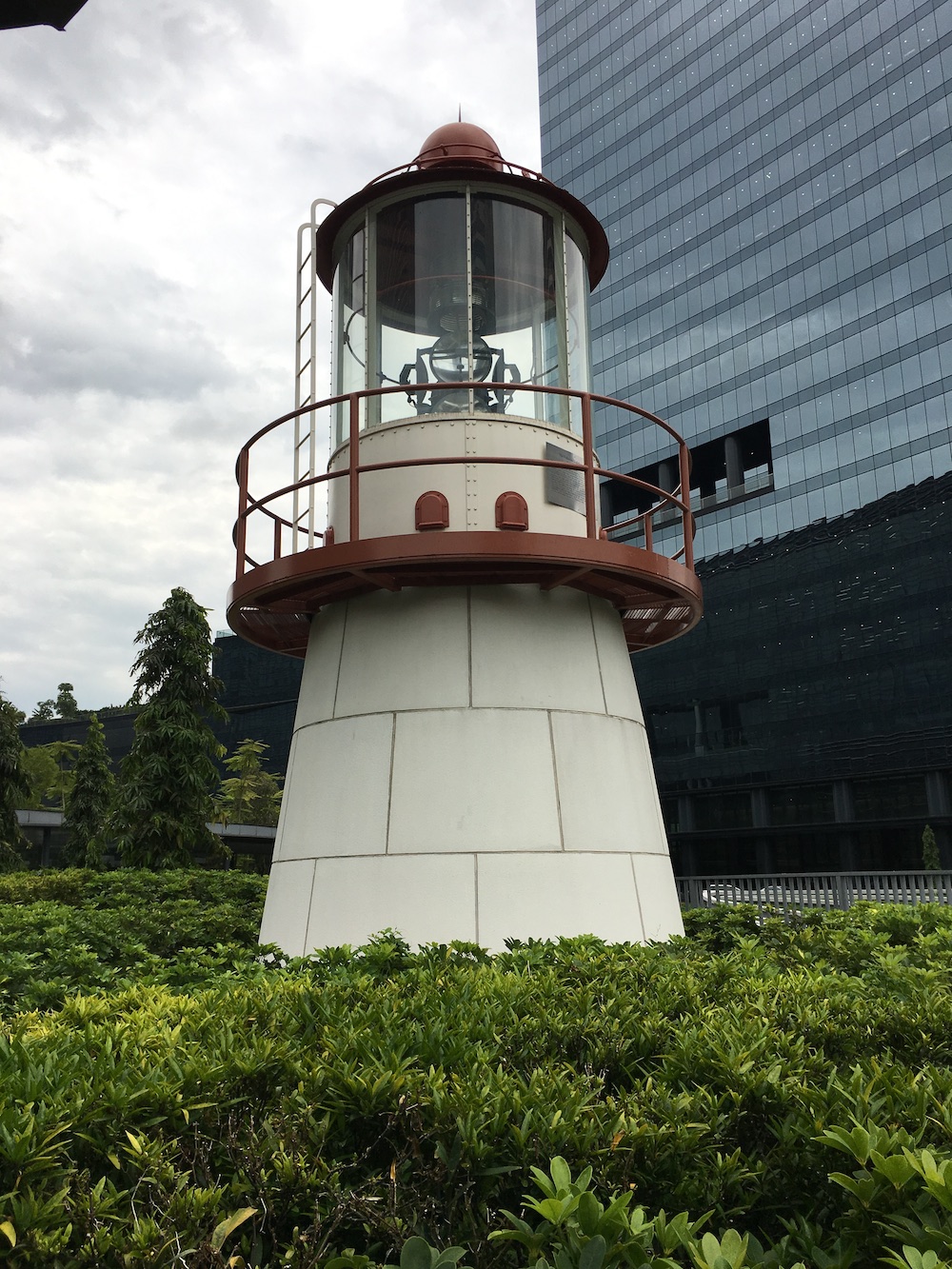 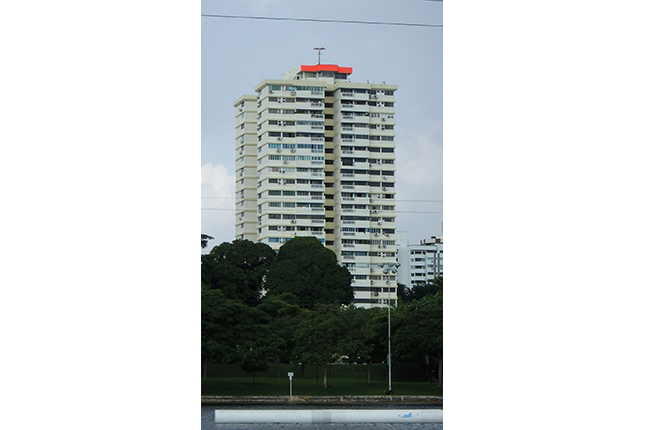 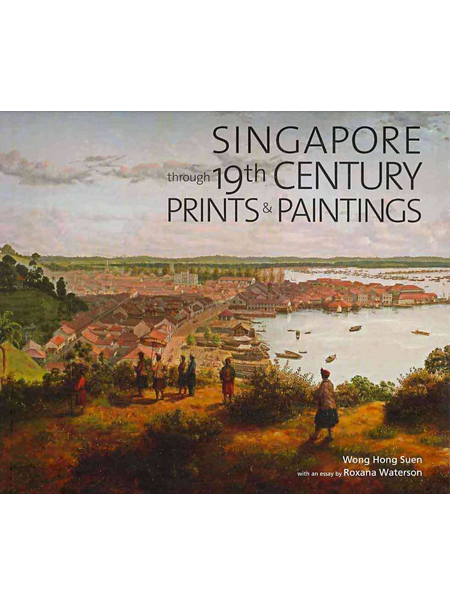 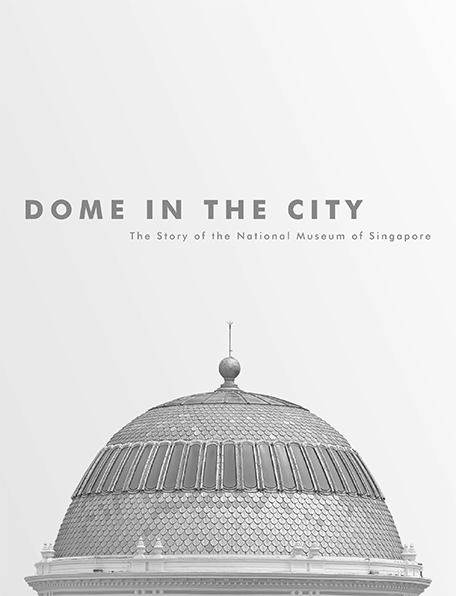