The queen of estates

Queenstown, also known to some as the queen of estates,1 was initiated by the British in 1952 as Singapore’s first satellite town.2

A satellite town is essentially a self-sufficient housing estate located outside the city centre with its own amenities, schools, shops, markets, cinemas, and places of worship.3

This public housing model, with satellite towns better known as the heartlands today, has since been replicated across the island.4 The first HDB flats being built in Queenstown. (c1962. Image from National Archives of Singapore)

The ambitious plan to build Queenstown was undertaken by the Singapore Improvement Trust (SIT). Naming it after Queen Elizabeth II to mark her coronation,5 the SIT set out to construct five estates – the Princess Estate, Duchess Estate, Tanglin Halt, Commonwealth,6 as well as Queen’s Close and Queen’s Crescent.7

When the Housing Development Board took over its development in 1960, it added the neighbourhoods of Mei Ling and Buona Vista.8

The former Buller Camp,9 as well as Boh Beh Kang village’s swamps, cemeteries and farmland, were among the first areas the SIT built over.10 The SIT’s Forfar House, with its pleasant curves and modern sanitation system, was 14 storeys tall and comprised 106 flats. (c1956. Image from the National Archives of Singapore)

Among the new structures heralding a new era of public housing was the 14-storey Forfar House at Queenstown11 – the first ever public housing skyscraper to grace Singapore’s skyline.12 Featuring undulating curves across its facade, the structure had been solidly constructed to withstand wind pressure. Its various residential units were also among the first in Singapore to be equipped with modern toilets and built-in rubbish chutes,13 modern conveniences for its occupants who used to live in village huts.14 The 1956 landmark was demolished and replaced in the 2000s,15 by the even taller 40-storey Forfar Heights’ residences.16 A poster with the slogan “Home Ownership for the People”. Some 53,000 flats were constructed by the HDB as part of its five-year building programme to transform Queenstown into a modern, self-sufficient town. (c1966. Image from the National Museum of Singapore.)

Among the other standout structures to rise in Queenstown was Alexandra Road’s red-bricked Princess House which was designed to host offices and community facilities.18 Its occupants included the SIT, the HDB which sited its headquarters there in 1960, 19 as well as the departments of Social Welfare and Licensing which were responsible for issuing hawker licenses as Singapore transitioned itinerant and street hawkers to purpose-built markets and food centres.20

Princess House was conserved in 2007 for its historical and social significance. 21 : Then-Minister for National Development Lim Kim San briefing Yang di-Pertuan Agong Tuanku Syed Putra as he takes in the sights of Queenstown housing estate from the sixth storey of Princess House during his state visit to Singapore. (11 November 1963. Image from the National Archives of Singapore) A balloting exercise for the allocation of shophouses and lock-up stalls at Geylang Serai Estate was conducted in the HDB’s boardroom at Princess House. (20 August 1964. Image from National Archives of Singapore)

Commonwealth Avenue Wet Market, which opened on 23 October 1960, was has been well-loved by residents. It was one of the first wet markets to rise on the island22 and the last standing market in Singapore to have been designed by the SIT. 23 It was gazetted for conservation in 2013. 24 An archival photo of three-storey HDB flats likely taken at Duchess Estate in Queenstown which you will be able to spot today should you decide to take a walk around the neighbourhood. (c1960s. Image from the National Archives of Singapore.)

The town of many 'firsts'

Queenstown’s developments over the years reflect the country’s pioneering and innovative spirit,25 with the planning area playing host to many “firsts” on the public housing front. For instance, it was where the first HDB flats in the form of Stirling Road’s blocks 45, 48, and 49 rose. Completed in 1961,26 they came in handy for displaced victims of the Bukit Ho Swee fire which occurred the same year.

Later, the first point blocks to have ever been built in Singapore were erected on Mei Ling Street. The units went on sale in April 1970.27

Adding finishing touches to the self-contained town, the HDB introduced amenities for learning, entertainment, health and sports.28 This resulted in the opening of Singapore’s first full-time branch library, the Queenstown Public Library;29 the first polyclinic, Queenstown Polyclinic; as well as the first ever neighbourhood sports complex, the Queenstown Sports Complex.30 Then-Prime Minister Lee Kuan Yew at the official opening of the Queenstown Combined Clinic at Margaret Drive. It was later renamed the Queenstown Polyclinic. (c1963. Image from the National Archives of Singapore)

Similar satellite towns were subsequently launched by the HDB across Singapore. These days, more than 80 per cent of the population live in HDB flats.31 Even so, Queenstown remains one of the most sought-after residential estates in Singapore,32 living up to its name as the queen of towns. Huge crowds attending the official opening ceremony of the Queenstown Combined Clinic. The event was officiated by then Prime Minister Lee Kuan Yew. (13 January 1963. Image from the National Archives of Singapore.) 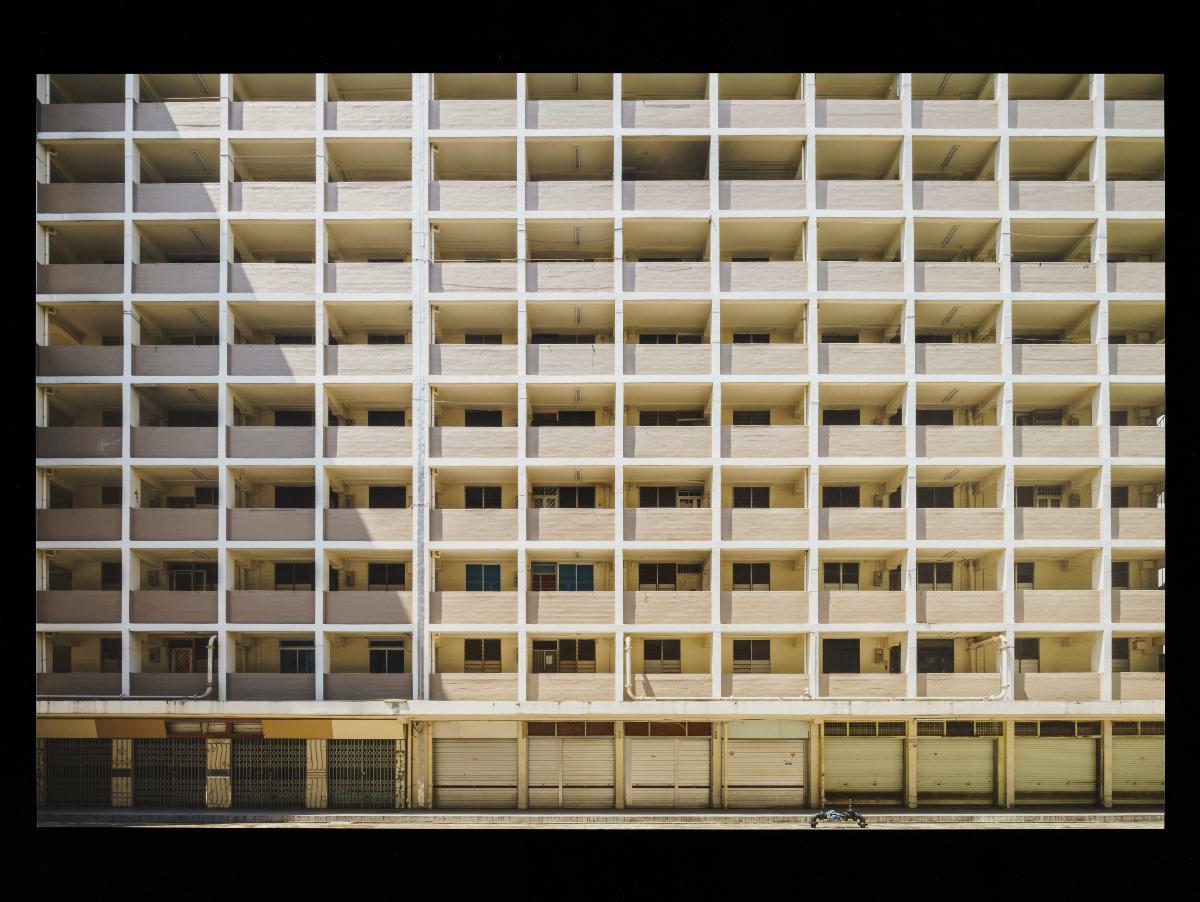 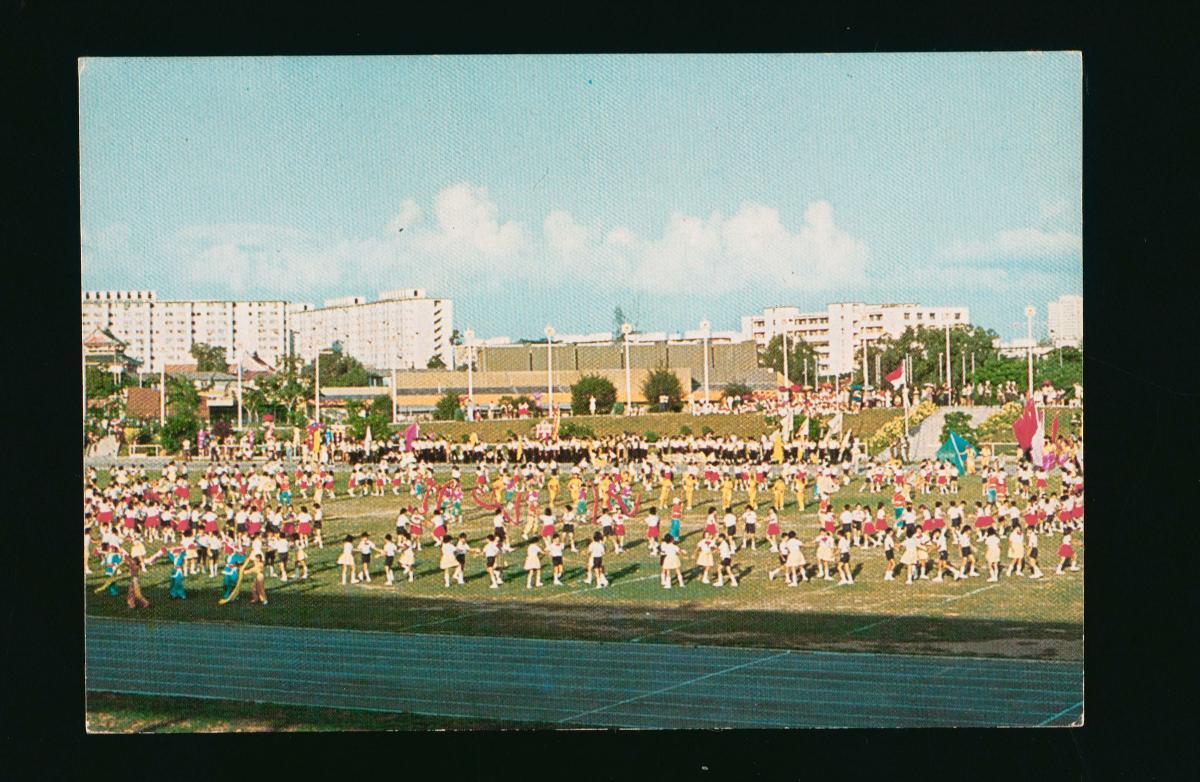 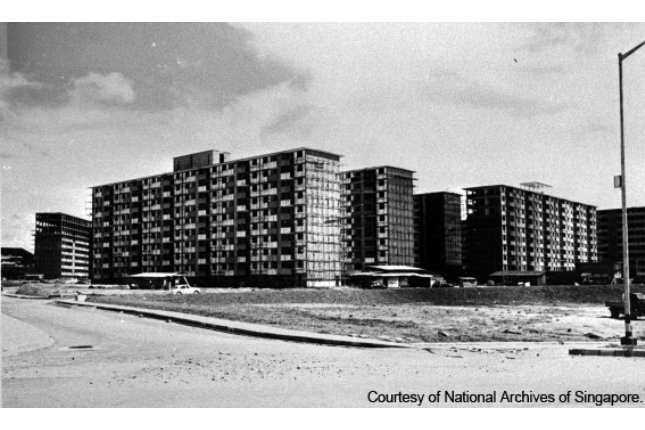