Primarily comprised of a cluster of plain buildings set within a landscape of lush greenery, Henderson Industrial Park looks nothing like a typical industrial estate.

Extensively landscaped by Descon Chartered Architects and Planners, the complex is noted for its significant usage of greenery to soften the harsh edges of factory life.

Its convenient location at the junction of Henderson Road and Jalan Bukit Merah means it could fetch a hefty price. In 1979, property investment company Hong Fok Corporation purchased the 83,283 square metre land plot from Singapore Glass Manufacturers for the astronomical cost of $18 million.

Then proclaimed as one of the largest planned privately developed industrial estates in Singapore, it was announced that the complex would comprise five terraced factory blocks, three blocks of flatted factories and one amenities block — accommodating a total of 158,000 square metres of showrooms, warehouses, and factories.

Perhaps due to the extensive funding required, construction did not proceed smoothly; development of the site commenced only in 1983. After just three factory blocks were completed, the recession in 1985 put a temporary halt to construction works.

As the economy picked up, so did development plans for the estate. In 1989, Hong Fok announced its decision to invest almost $40 million to construct three terraces and an 11-storey flatted factory, thus expanding the complex to its present-day configuration.

Designed for a utilitarian and function-oriented purpose, its architecture is simple and economical. Rectilinear geometrical elements provide an elementary level of decoration for the buildings, which are coloured in subdued tones. 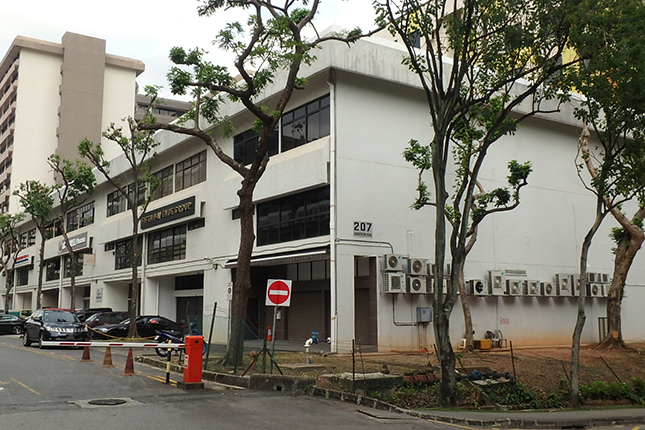 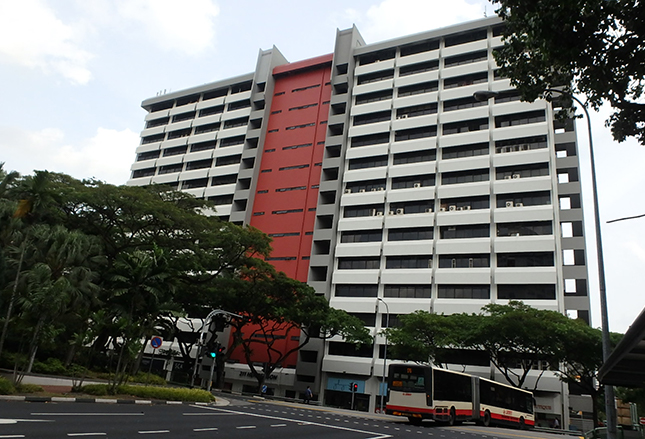