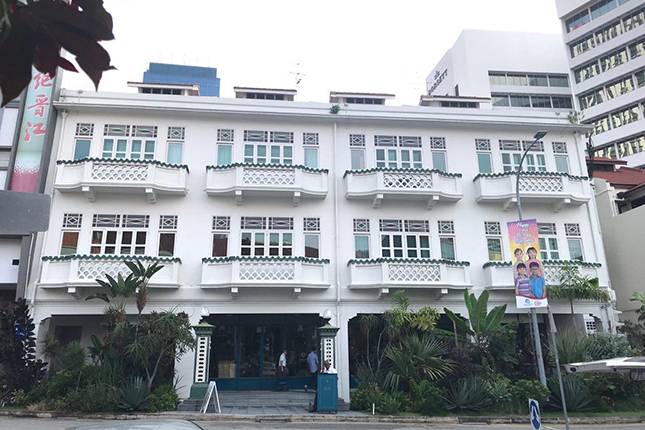 As a city of immigrants, clan associations were a vital thread in the fabric of Singapore society. Individuals looked to clans for comfort and kinship.

Nicknamed ‘the street of the clans’, Bukit Pasoh Road was home to the headquarters of close to 30 Chinese cultural and clan associations, first formed in the 1900s, as the Chinese population in the area boomed. Many clan associations have at least 70 years of history, with the oldest association set up in the early 1920s.

Wealthy merchants were said to have kept mistresses in residences alongside the clan associations in the street, earning the road a more infamous nickname, 'Mistress Street'.

The two and three-storey pre-war art deco shophouses in the street date back to the 1920s. With their wooden swing doors, fanciful mouldings of rosettes on the walls, balconies with fluted balustrades and tiled roofs, they ooze old world charm.

Units 31-37 of shophouses underwent renovation and reopened in 2006 as the New Majestic Hotel, which hosted a karaoke lounge and a popular Cantonese restaurant. The hotel featured 30 uniquely furbished suites, some of which were personalised by influential talents from Singapore’s art scene, such as fashion designer Wykidd Song and theatre director Glen Goei. Quirky interior features included hanging beds and art, which could only be read through reflections in mirrors.

Old furniture and décor were also retained. The hotel featured colonial-period furniture from the 1920s to the 1960s and an open-concept, period-inspired lobby with restored vintage Compton fans and a ceiling that was stripped to reveal the original paintwork.

The road’s colourful history as ‘Mistress Street’ was also incorporated, with the narrative of fictional mistresses who struggled to climb into the upper class. A sculptural sweeping staircase, reminiscent of the external spiral staircases of shophouses, connected the lobby and the second-floor pool area, symbolic of the mistresses and their climb into upper society, represented by the luxury guest rooms and private landscape.

Almost 11 years after it began operations, the hotel was sold and turned into the Straits Clan, an exclusive club. Opening its doors in 2018, the club took its cue from the building’s heritage as headquarters for clan associations. However, it hopes to reinvent the idea of the clan, in order to bring together a community not defined by race or status, but by other commonalities. 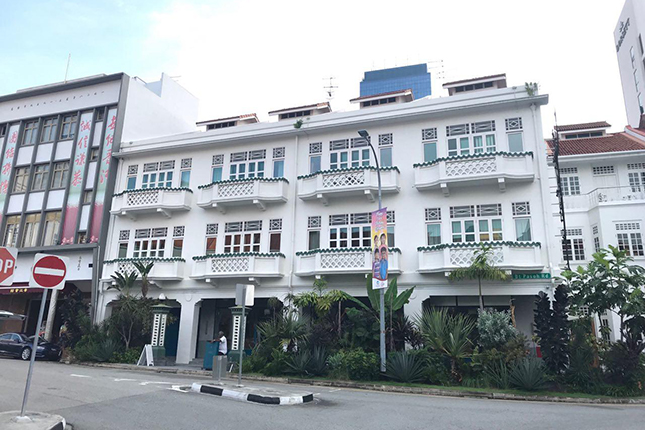