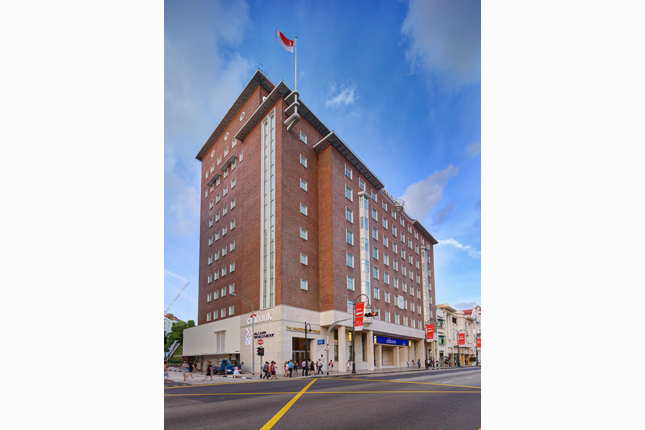 Located not far from the Istana and the Former Cathay Building, MacDonald House has a relatively plain and unadorned façade that does not appear to be exceptionally striking. It was, however, the first office building in Southeast Asia to be wholly air-conditioned, and it represented the prevailing optimism and confidence in post-war Singapore. The building is perhaps most remembered as the target of a tragic bombing during the Indonesian-Malaysian Konfrontasi (Confrontation).

MacDonald House was named after Malcolm John MacDonald, who was Governor-General of Malaya and, later, Commissioner-General of Southeast Asia. Constructed between 1948 and 1949 for the new branch office of Hong Kong and Shanghai Banking Corporation (HSBC), the ten-storey building boasted an air-conditioning system that not only cooled the entire building but also allowed individual temperature control in every room – a revolutionary feature at that time and a first in Southeast Asia. Its design and construction paved the road towards complete air-conditioning of new buildings in Singapore.

When it was completed, MacDonald House was one of the tallest buildings in Singapore and a prominent landmark on Orchard Road, which was then lined with shophouses. In addition to HSBC’s branch office, there were also commercial office spaces on the building’s upper floors and private apartments on its highest levels.

Between 1963 and 1966, Indonesia launched a series of guerrilla attacks in Malaysian states to express its opposition to the formation of Malaysia. At the beginning, the Indonesian Konfrontasi consisted of only sabotages and raids in Sabah and Sarawak. By 1964, however, Indonesia began infiltrating Singapore and the Malaysian peninsula.

Despite the heightened security, Indonesian saboteurs still succeeded in planting bombs in Singapore. On 10 March 1965, at the height of the Indonesian Konfrontasi, a bomb exploded near the lift at the mezzanine floor in MacDonald House, killing three innocent civilians and injuring several others. Two Indonesian military personnel – Usman bin Haji Muhammad Ali and Harun bin Said – were arrested and convicted of murder.

Designed by Reginald Eyre of the architectural firm Palmer & Turner, the building is an example of utilitarian, Modernist architecture with eclectic features. With a skeleton work of reinforced concrete, the Modernist structure shows a preference for straight lines and perpendicular edges, and lacks the impressive caps and ornate bases typical of more traditional architecture. Green glazed Chinese tiles were used to lay the building’s flat roof. Two tall marble columns, carved and polished in Singapore by skilled Indian craftsmen, stand on either side of the entrance.

The iconic red façade with white window frames is a characteristic of Neo-Georgian architecture, which was popularised in the mid-twentieth century. Special sand-faced bricks from the local Alexandra Brickworks were used to finish the building’s exterior walls.

While HSBC is no longer housed in MacDonald House, some elements continue to serve as reminders of its occupancy. On the front façade is a large plaque embossed with the bank’s logo, which comprises the United Kingdom’s royal coat of arms above an image of three men and two Chinese junks. Two projecting balconies flank the logo, each bearing a HSBC monogram. Another interesting feature is the old night safe just beside the main entrance. In the past, clients could make deposits via the night safe even after the bank’s opening hours. 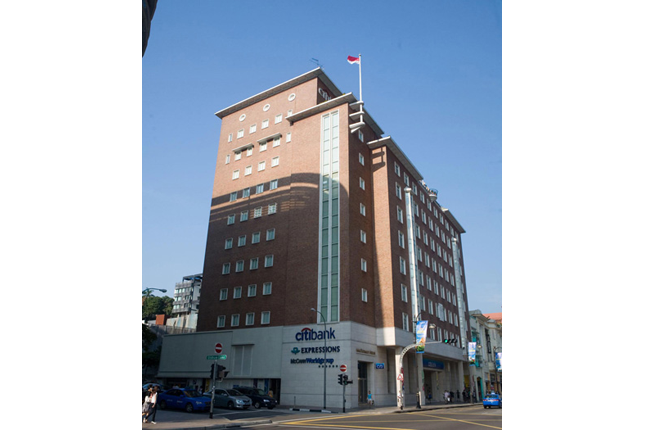 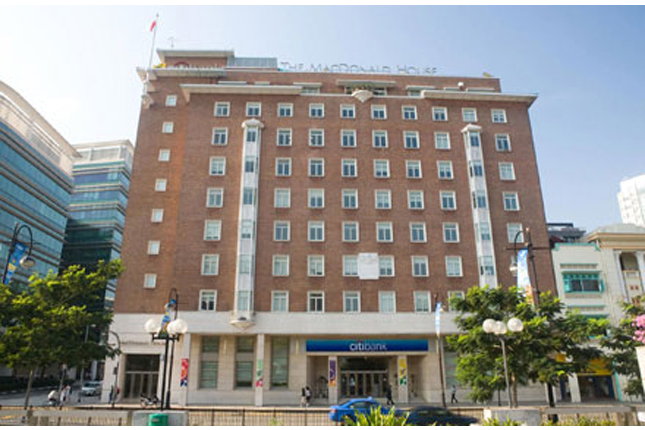 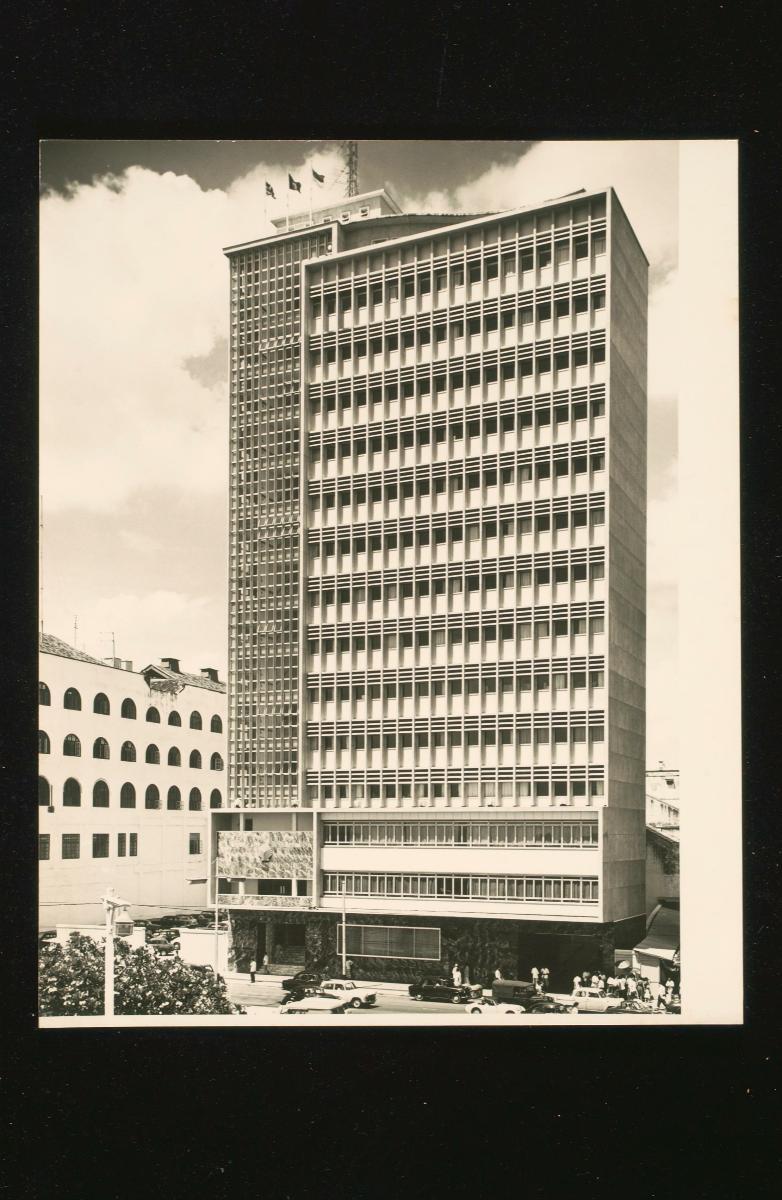 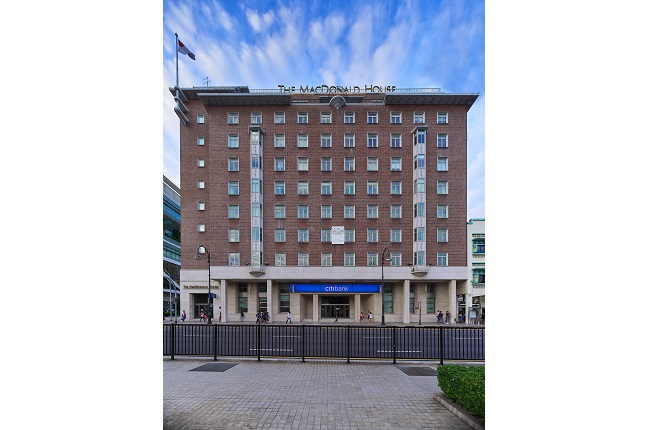 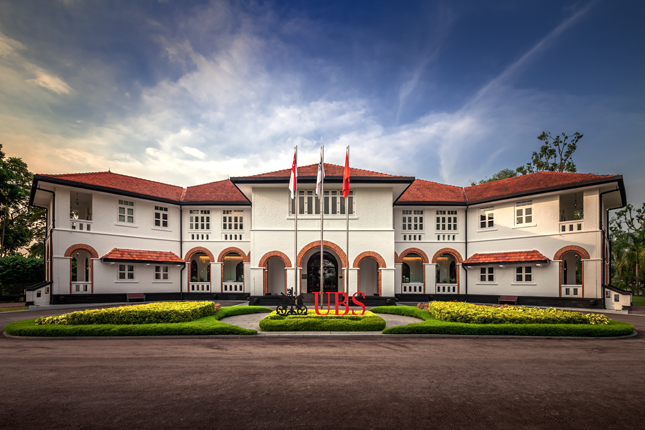