The Angullias, also known as “Angadias”, were Gujarati Sunni Muslim traders from western India. Like many other Gujarati traders who ventured abroad to set up trading networks, Ebramjee Mohamed Salleh (EMS) Angullia travelled to Singapore to trade.

It was EMS Angullia’s son, Mohammed Salleh Eussoofjee (MSE) Angullia, who amassed a fortune in Singapore trading in spices, sugar, timber, pins and cutlery with countries in the region. By 1900, MSE Angullia had become a successful and prominent figure in the local Indian Muslim community.

The Angullias acquired the grounds on which the mosque stands on 23 April 1890 and the first Angullia Mosque was built before 1892. Today, only the entrance gatehouse remains from the time of the original building and it is a conserved structure. The current main mosque building was built in 1970 following the demolition of the previous building the year before.

After MSE Angullia passed on in 1904, his son, Ahmed Mohamed Salleh (AMS) Angullia, went on to acquire large tracts of properties across Singapore. At Orchard Road, the Angullias built an extensive park which was named after them. This park encompassed grounds which would span from the Hilton Hotel to Liat Towers and Paterson Road today. At the centre of this park was another Angullia Mosque which AMS Angullia completed in 1933. The Angullias are still trustees of the current mosque at Serangoon, which they hold as custodians for the larger Indian Muslim community. 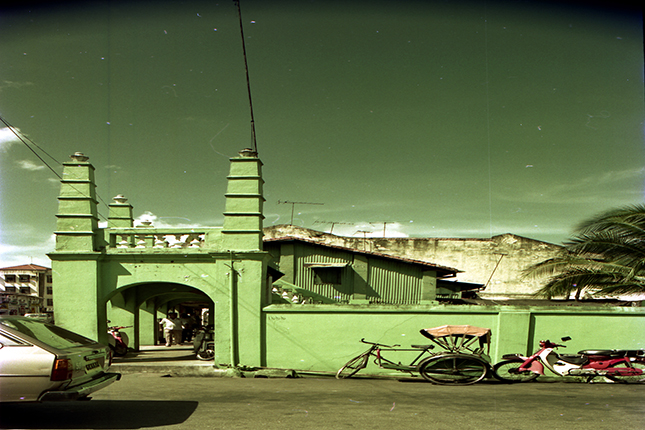 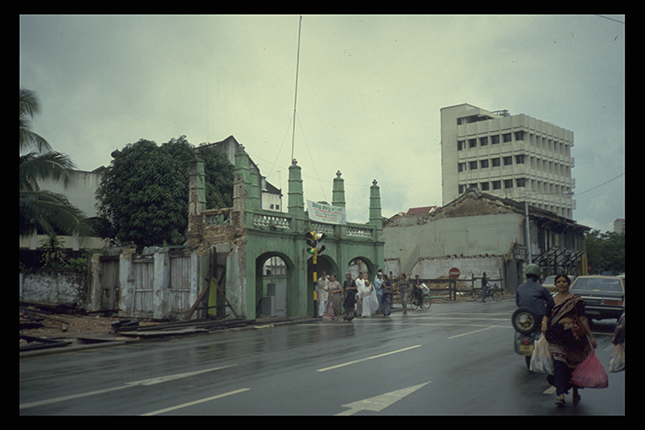 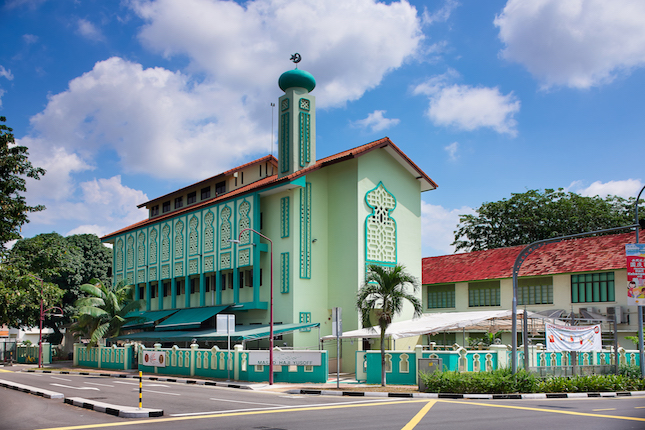 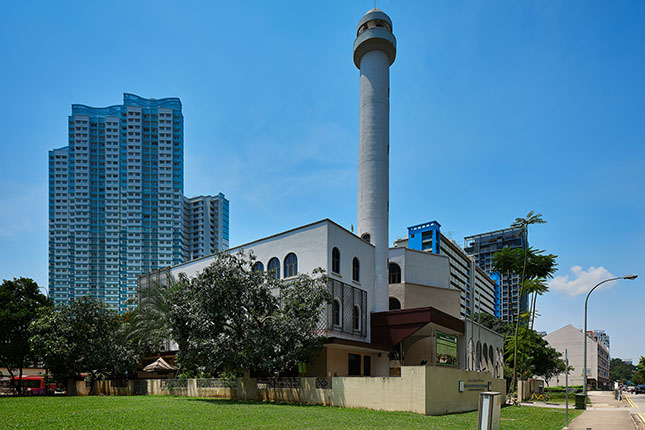