The Nanyang Siang Pau was a Chinese language broadsheet that was published from 1923 to 1983. It was established by prominent Chinese businessman and philanthropist, Tan Kah Kee, on 6 September 1923. The Nanyang Siang Pau did not get off to a smooth start. In October 1923, shortly after its founding, it was asked to shut down by the colonial authorities on the grounds that it was “involved in party politics”. The paper resumed operations only on 1 February 1924.The Sunday Edition of the Nanyang Siang Pau was launched on 20 December 1931 amidst growing interest and concerns about political developments in China following Japan’s invasion of Manchuria in September of that year. During the Japanese Occupation from 1942 to 1945, the paper was forced to cease its operations. Its premises were taken over by the Shonan Daily, a propaganda newspaper published by the occupying forces. The paper resumed publication on 8 September 1945, just days before the Japanese surrender in Singapore.The Nanyang Siang Pau flourished in the period after the Japanese Occupation. Investment in an advanced printing machine in 1948 greatly boosted productivity. In 1957, the paper set up its offices in the new seven-storey Nanyang Building at No.63 Robinson Road. It moved again in 1968 to its new premises at Alexander Road. In 1971 however, Nanyang Siang Pau’s fortunes took a turn for the worse when four of its senior executives were detained under the Internal Security Act for purportedly stirring up Chinese racial sentiments. The Nanyang Siang Pau continued with its publication despite these arrests. The paper’s executives were later released.The Nanyang Siang Pau merged with its rival, the Sin Chew Jit Poh, in March 1983 and came under a new parent company called the Singapore News and Publications Limited (SNPL). Both newspapers were restructured and became the Lianhe Zaobao and Lianhe Wanbao respectively. These two Chinese-language dailies are currently owned by Singapore Press Holdings. 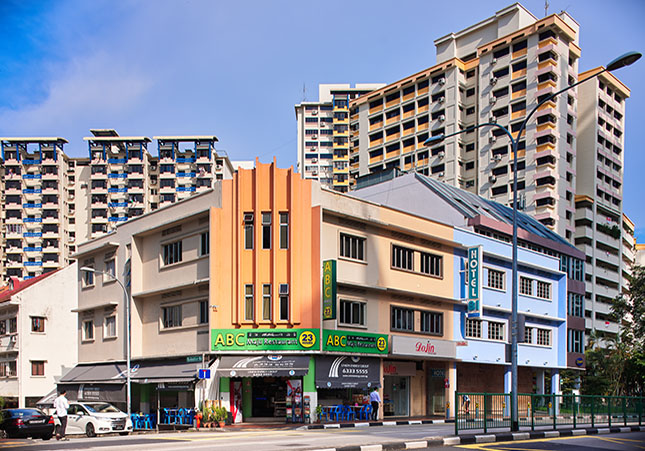