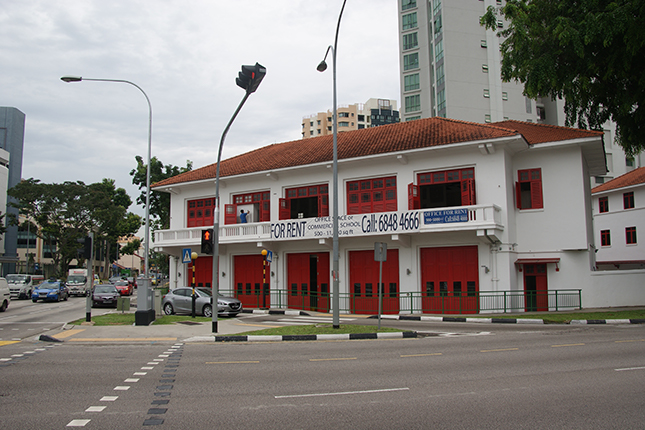 Located at the busy junction of Sims Avenue and Paya Lebar Road, the former Geylang Fire Station has witnessed the rapid transformation of Paya Lebar’s infrastructure over the years.

With its floor-to-ceiling doors and window shutters — all brightly painted in blazing red — the Paya Lebar Office Centre does not appear like other office complexes.

Previously known as the Geylang Fire Station, its civic role is visible in the building’s architecture. The large doors on the first storey once acted as entrances for fire engines — allowing the vehicles to be swiftly deployed. For a brief period, an ambulance was also posted to the fire station to aid in rescue efforts.

Designed as a fire station during the colonial period, the red and white rectangular building has an austere façade — embellished solely by a cantilevered balcony with repetitive vertical balustrades on the second storey.

Like other colonial structures in Singapore, the building features architectural adaptations to the tropical weather: a big hip roof with extended eaves provides shelter from the sun and rain, while louvre windows and tall ceilings efficiently dissipate heat and enhance natural ventilation.

Opened in 1929, it is reputed for being the second oldest fire station in Singapore; the first was the Central Fire Station, built in 1908. Over the next 73 years, the diminutive building served as the fire station’s working premises. For the firefighters, the station was akin to a second home — living quarters provided accommodation for them and their families, while a prayer room, installed in 1951, allows Muslims to perform their prayers whilst on duty.

In 2002, the station ceased its operations and was replaced by the Paya Lebar Fire Station at 4 Ubi Avenue — also known as the Headquarters of the Singapore Civil Defence Force.

Granted conservation status in 2007, the former Geylang Fire Station stands as a relic of the past. Now leased out as a commercial and industrial office complex, it remains distinctly different in its appearance to the buildings in the vicinity. 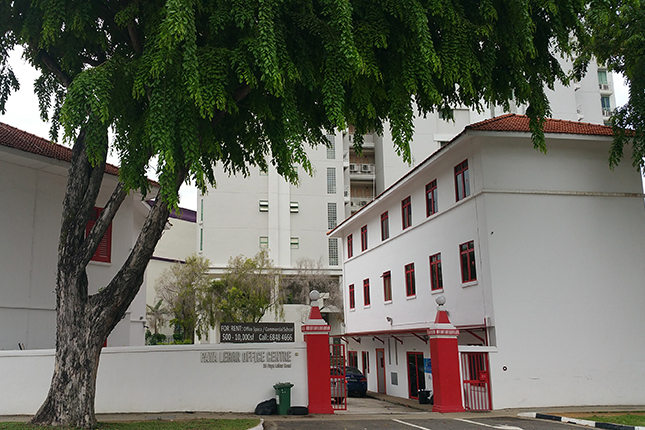 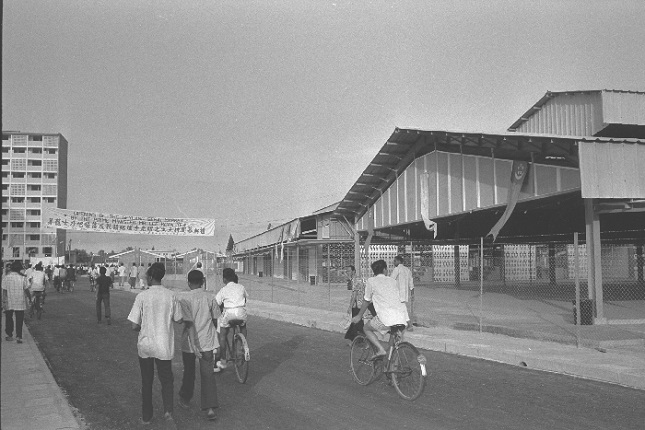 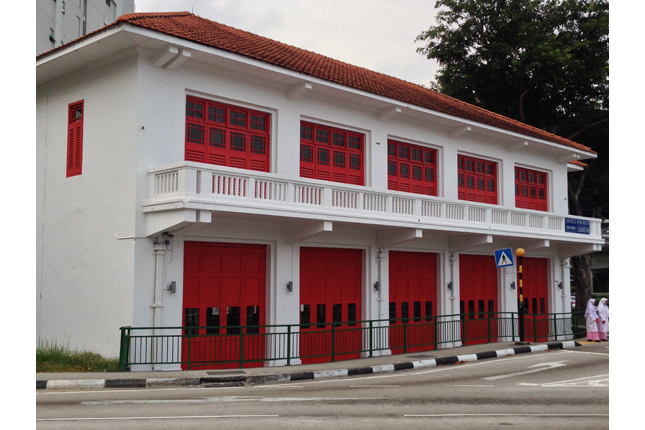 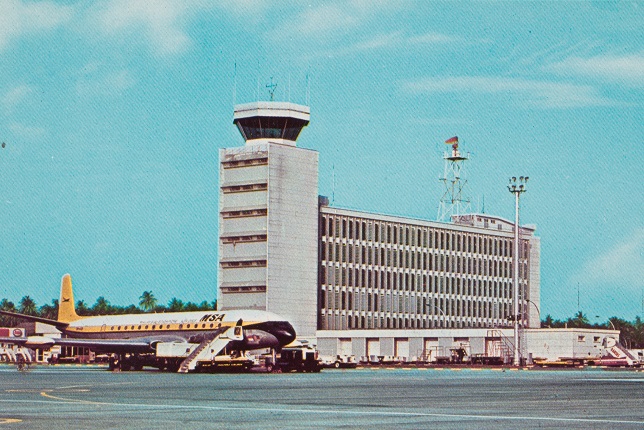