While most Singaporeans are familiar with Hong Lim Park, not many know of the other contributions that are tied to the prominent merchant and philanthropist, Mr Cheang Hong Lim. Hong Lim originally made his mark on the stretch of Havelock Road to Chin Swee Road, and along the upper reaches of the Singapore River.

Hong Lim’s contributions to serving the needs of the community included setting up schools for the poor, developing Hong Lim Market at River Valley and Kim Seng Road, and repairing and erecting many temples; including Giok Hong Tian Temple, located at the foot of Bukit Ho Swee

Symmetrically designed, the single-storey building is a complex work of art that is sheltered under a gently curved roof plane. The slightly upturned edges are richly embellished with mythical symbols and legendary elements. This theme of symbolic auspicious elements and portrayal of classical Chinese mythologies extends to the interior of the building in the form of fine details on timber and stone carvings, Chinese characters, poems and wall murals.

The temple is divided into various multi-functional chambers for worship. These feature images of Taoist deities, shrines with glass fronts containing old and elaborately carved ancestral tablets of families. Significant events held in the temple include the celebration on the first day of Chinese New Year, and the birthday of the Jade Emperor on the 9th day of Chinese New Year.

Aside from being frequented by couples looking to have their wish for a child granted, the temple is associated with religious syncretism, as seen from the figurines of Taoist gods and goddess, Buddha, Confucius, and other regional local deities are found in the temple.

The surroundings of the temple have changed over the years. As one of the oldest temples in Singapore, it has survived multiple fires in 1934, the Bukit Ho Swee Fire of 1961 and another fire in 1968. It has also witnessed its neighbourhood develop from slums to the present-day public housing estates. 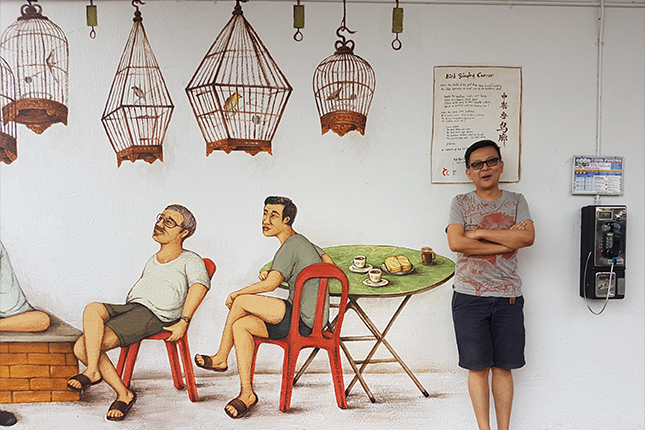 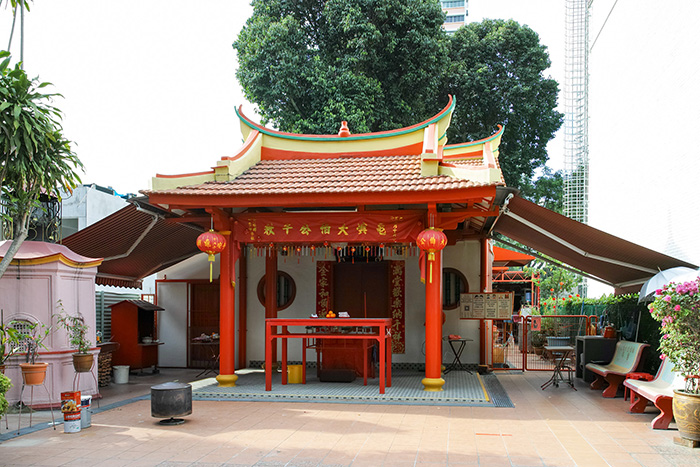 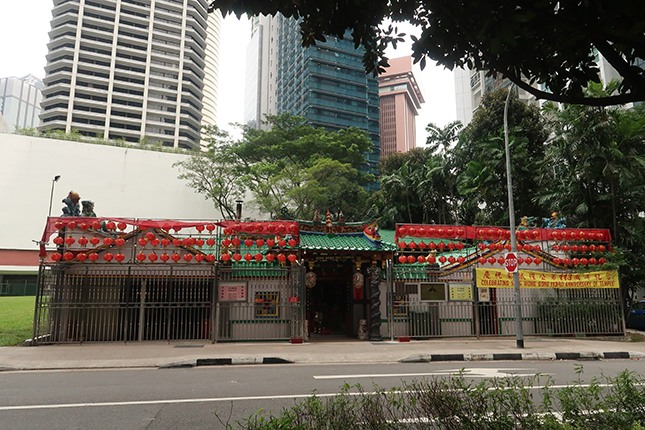