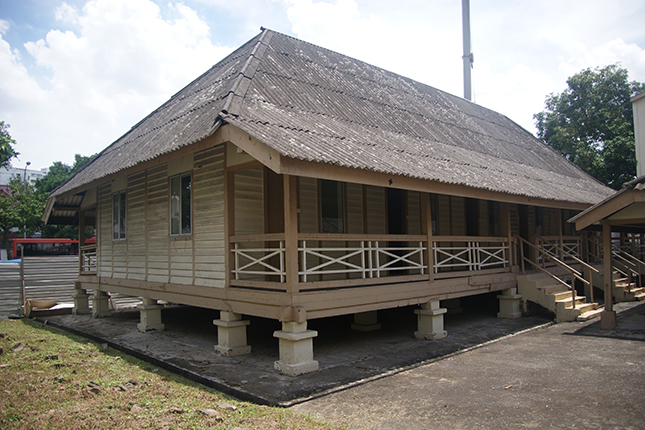 Standing at 95 Tampines Road, the former Tampines Land Station (1930s–1980s) was where custom officers once lived and worked. On a day to day basis, they administered farm policy, raided and confiscated contraband goods, and imposed taxes.

Situated between Upper Serangoon Road and Tampines Road, the 6th-milestone junction, was the former Tampines Land Station which served as a visual landmark for the local community in the area. The building is a colourful four storey concreate block that occupies 1,862 square metres. Its only embellishments are functional: ventilating blocks and shading canopy ledges provide relief from the tropical climate.

The 6th-milestone junction (known as Lak Kor Jiok in Teochew) – indicating that it stood 6 miles away from the then General Post Office (now Fullerton Hotel), was a busy commercial hub from the 1960s to the 1980s, where villagers from Punggol and Tampines would gather to sell fresh produce. The junction would go on to become famous for its markets (Simon Road Market and Lim Tua Tow Market), cinemas (Empire Theatre and Zenith Theatre), villages, schools, clinics, provision shops and places of worship.

Today, few are aware that the site was once known as the Tampines Land Station. Operational from the 1930s to the early 1980s, it was one of several customs stations under the jurisdiction of the then Customs Operations Centre (now Customs Operations Command).

Its location at 95 Tampines Road was strategic. Here, good-laden vehicles from Punggol and Tampines would pass through – not to unload wares or to conduct trade, but to pay goods tax – before reaching the city.

Aside from collecting goods tax, customs officers at the station also administered Singapore’s farm policy. Illegal goods – such as samsu (home-brewed alcohol distilled from rice or sorghum), smuggled opium and contraband cigarettes – were raided and confiscated.

Three single storey wooden houses surround the station building. Reportedly, these served as warehouses, to store gunny sacks of rice, during the Japanese Occupation. They were later converted to living quarters for customs officers.

Two of the larger wooden houses prominently face Tampines Road. With timber facades and timber floors raised above the ground on masonry and granite piers, both resemble early kampong houses. They are rare examples of Anglo-Malay styled civic and residential buildings.

Since the 1990s, the buildings have housed an Islamic religious school, kindergarten and student hostel in turn. 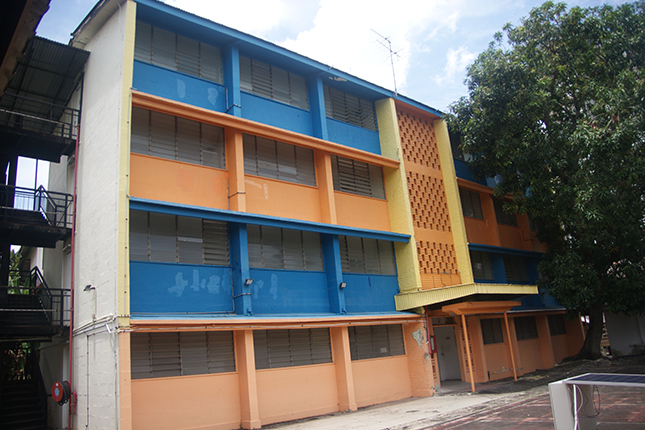 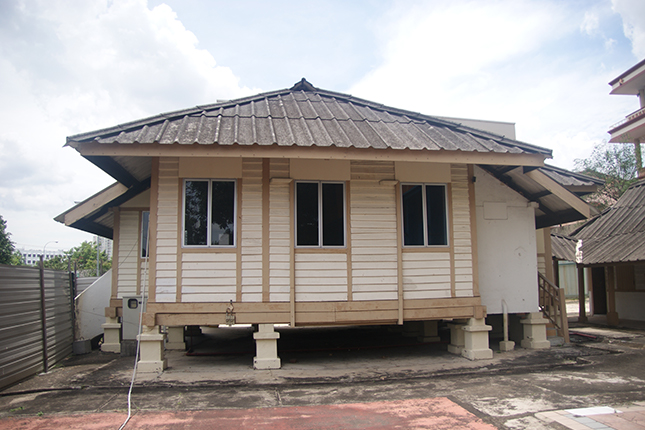 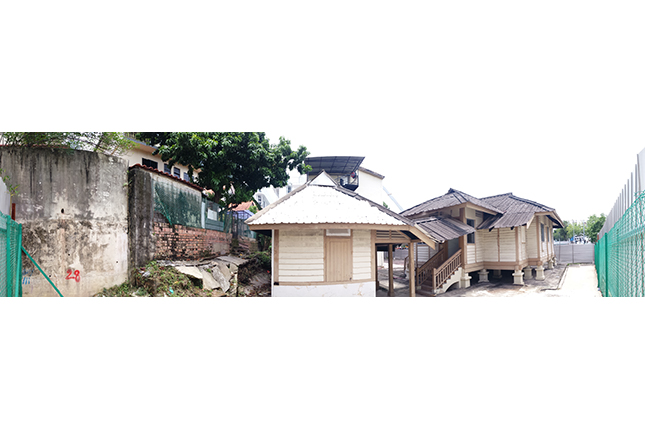 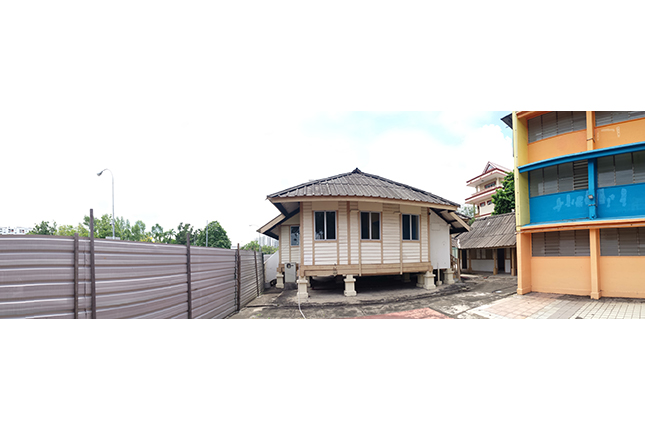 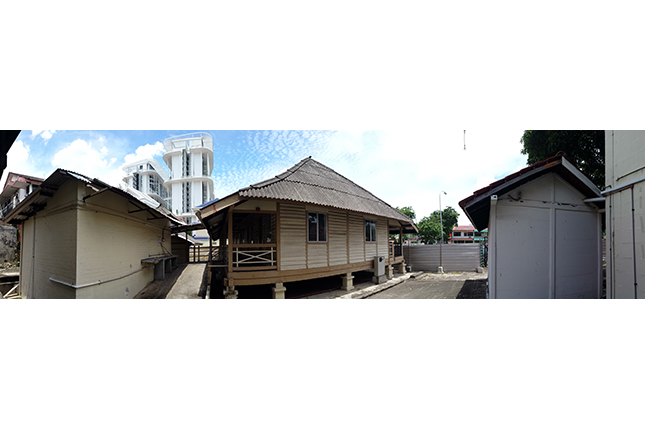 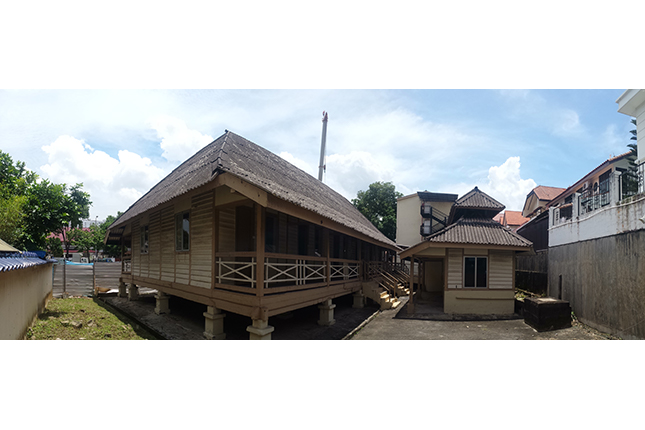 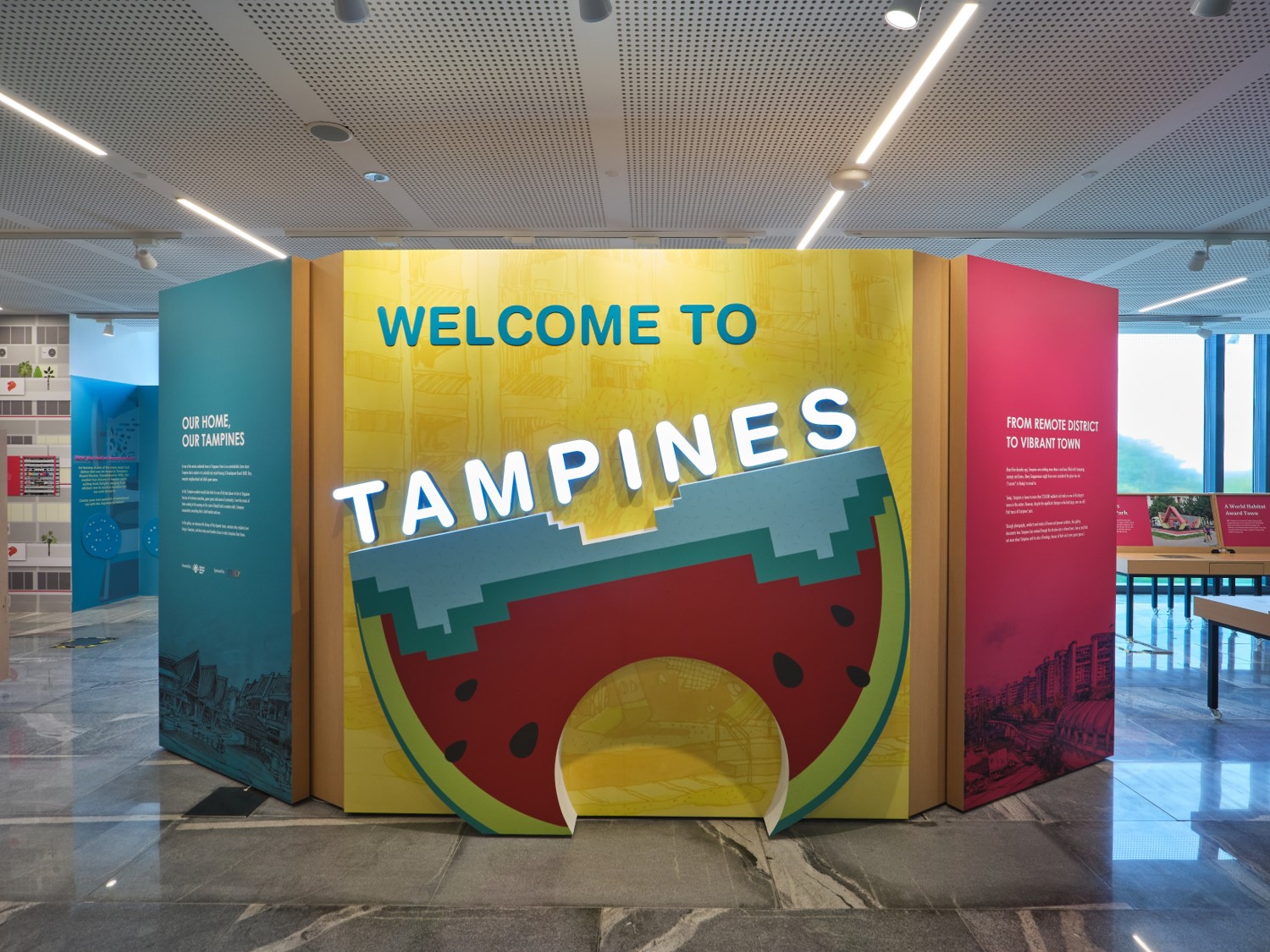 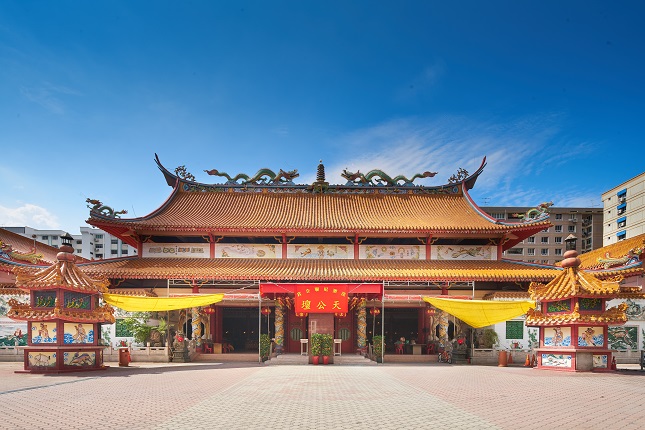 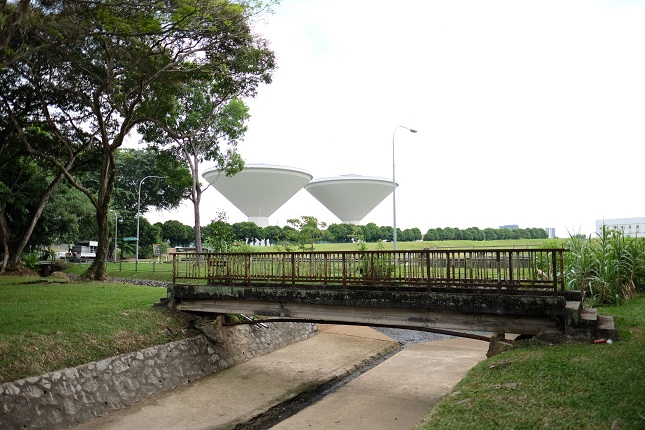