The Sri Srinivasa Perumal Temple was built on land purchased from the English East India Company in 1851 by a group of Indian men who wanted to build a temple for Hindus in the area. A temple was subsequently built by 1885 and named the Narasinga Perumal Kovil. Narasinga (also spelled Narasimha) is an avatar of the god Vishnu while Perumal (“the admirable one of the trinity” in Tamil) refers directly to Vishnu.

In the beginning, the temple just had a mandapam (“main hall” in Tamil, deriving from Sanskrit) and a large pond fed by a tributary of the Rochor River. Devotees bathed in the pond in the mornings and after prayers. It was only from 1914-19 that a moderately ornate shrine was built and new idols imported from India.

Renovation works were carried out on the temple in the 1960s due to its dilapidated state. At this point, many elders advised that the main deity of the temple be changed from the imposing Sri Narasinga to the gracious Sri Srinivasa (Venkateshwara). The temple was thus renamed Sri Srinivasa Perumal Temple, with Srinivasa having meanings such as “a source of light” and “abode of prosperity” in Sanskrit.

The present temple with its elaborate architecture was a result of the 1960s restoration during which South Indian sculptors were hired to add ornamental features to it. In 1975, P Govindasamy Pillai sponsored a gopuram (“entrance tower” in Tamil, deriving from Sanskrit) for the temple, depicting the story of Vishnu’s earthly visits and his mythical bird, Garuda. The temple was gazetted as a National Monument in 1978. 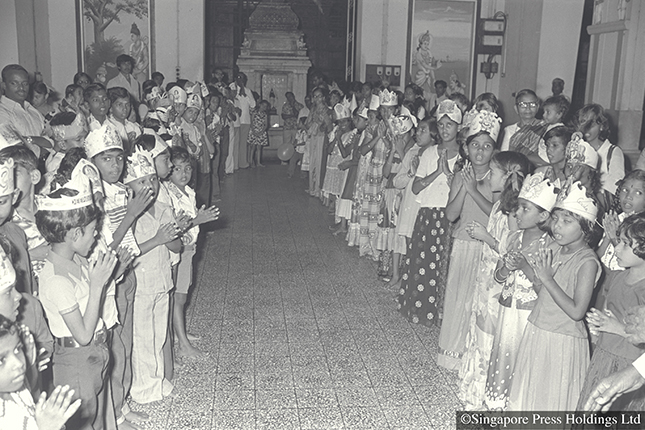 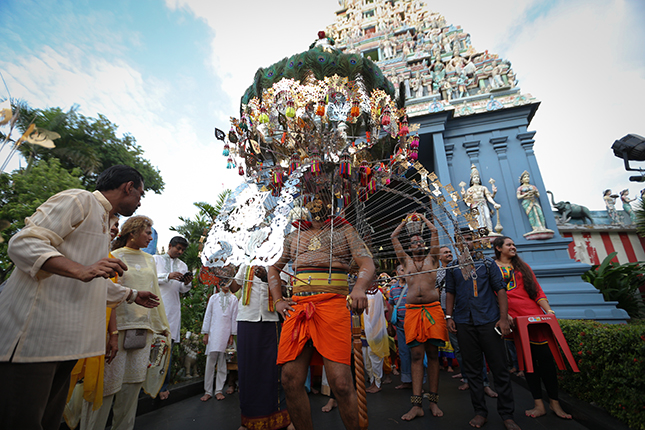 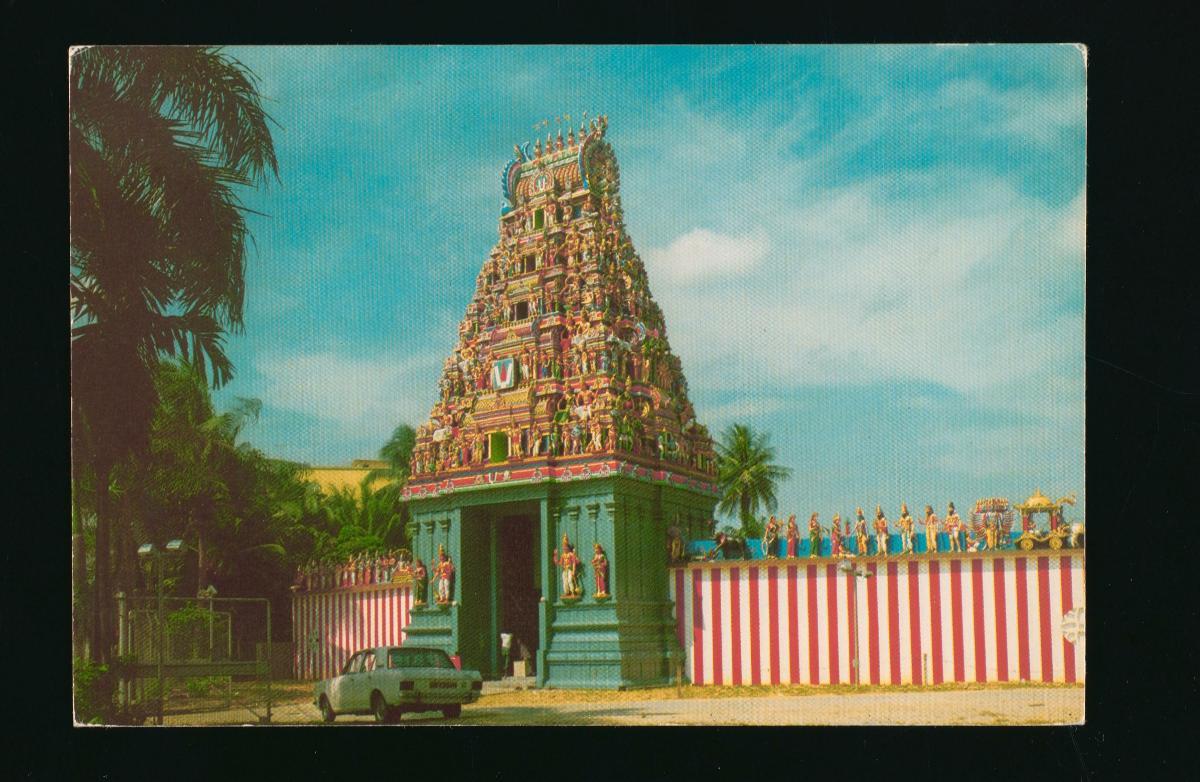 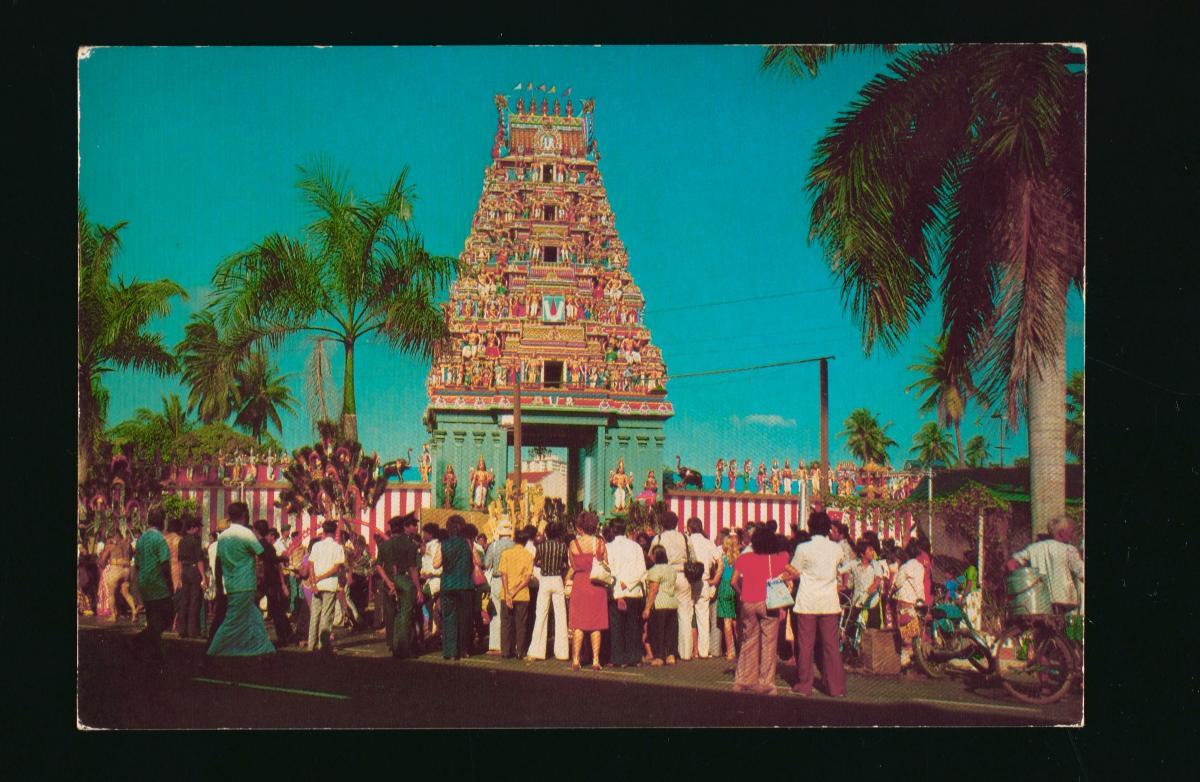 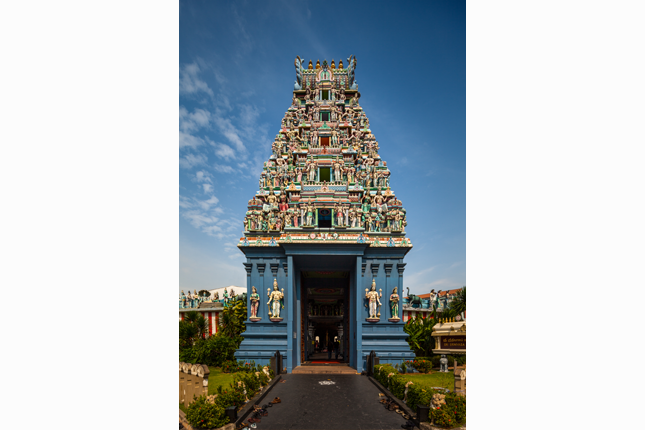 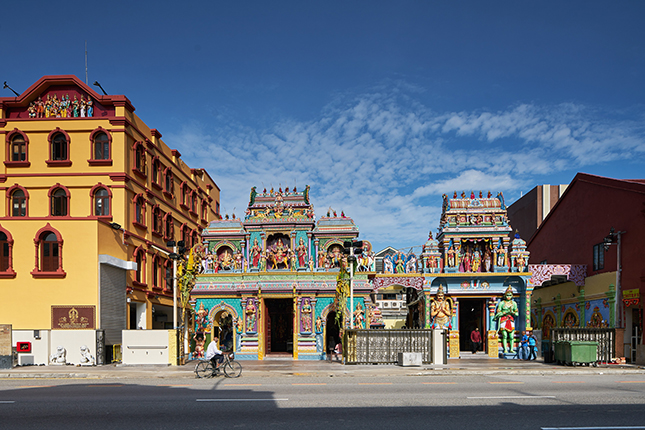