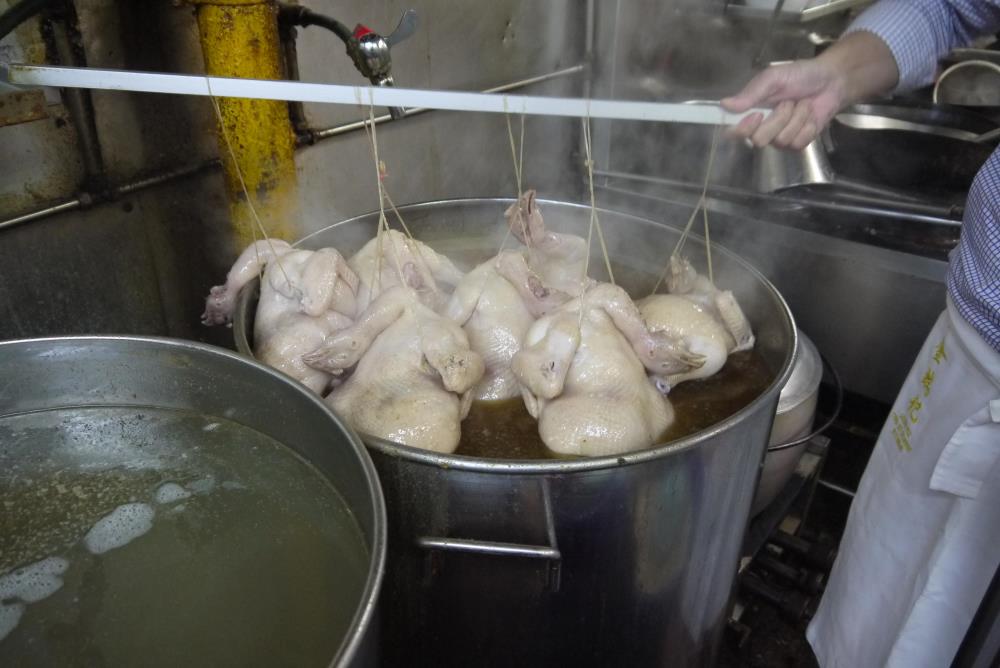 Chicken rice is a ubiquitous dish found at almost all eateries in Singapore, from hawker stalls to high-end restaurants. It has been lauded as one of Singapore’s “national dishes”. Within the Chinese community in Singapore, there are both Cantonese and Hainanese versions of the chicken rice dish. Hainanese chicken rice has also been infused with Cantonese influences, such as the preparation method and the choice of chicken used for the dish. Local touches, such as the use of pandan leaves in cooking the rice, add to the rice’s fragrance. A chicken rice dish today usually consists of slices of bite-sized pieces of poached chicken served atop fragrant and flavourful rice, accompanied by a specially prepared chilli dip.

Chicken rice is common in eateries in Singapore and Malaysia, with regional variations available in Thailand, Vietnam, and Indonesia as well.

Both Hainanese and Cantonese versions of chicken rice are sold throughout Singapore, and are widely available in hawker centres, eateries and restaurants.

The Hainanese community is credited with introducing Hainanese chicken rice to Singapore. Immigrants from Hainan who had moved to South-east Asia in the 19th and early 20th centuries brought the recipe along with them and modified it over time with local influences. Hainanese chicken rice is believed to have evolved from the wenchang chicken (文昌鸡) dish of Hainan, China.

Chicken rice comes in different varieties – poached, roasted, or soya sauce. The variation lies in how the poultry is cooked.

For the Hainanese version, the chicken is poached in boiling water until fully cooked, before being soaked in room-temperature water for about half an hour. It is then dripped dry, placed on a tray, and covered with a towel to retain the moisture and flavour of the meat. However, many cooks also use the Cantonese technique of plunging the chicken into iced water after cooking. This results in smoother chicken skin and enables the formation of a gelatinous layer underneath. Another Cantonese influence is the usage of tender, young chicken instead of the wenchang chicken – a breed of free-range chicken known to be bony and “muscular” – that was used in the original recipe from Hainan.

The roasted version of chicken rice is prepared differently. The whole chicken is first seasoned with black pepper and salt, then hung to dry before it is deep-fried.

Soya sauce chicken rice is said to be the Cantonese version of the dish. The chicken is cooked in a rich, dark sauce made up of spices like cinnamon and clove and sweetened with rock sugar.

Another important element in the dish is the rice, which is fried in chicken fat before being cooked in the chicken broth skimmed off during the poaching process, along with ginger, garlic, and pandan leaves.

Chicken rice is usually served with soya sauce or a specially prepared chilli sauce, cucumber slices, a bowl of soup made using the chicken stock, as well as side dishes such as braised dark soya hard-boiled eggs, beancurd, beansprouts, kailan (a leafy vegetable) or achar (pickled cucumber, carrots, and cabbage mixed with crushed peanuts and sesame seeds).

Mr Benjamin Boh is the managing director and one of the chefs at Golden Mile Thien Kee Steamboat Restaurant (黄金端记餐室,). His father Mr Boh Khai Kim, a migrant from Hainan, started Thien Kee in 1952 in Middle Road, an area where Hainanese often congregated.

The younger Mr Boh started helping out at the restaurant in his secondary school days during the mid-1990s, learning the trade by observing his parents and elders and working hard.

Mr Boh shared that cooking the chicken involves a highly disciplined process. Raw chickens, each weighing approximately 2kg, are tied with raffia string and dipped in and out of boiling chicken stock a few times to scald the skin, before being immersed in the stock again for 40 minutes. The cooked chicken is later submerged in room temperature water to allow the tendons to “relax”. It is then hung on hooks to remove excess oil, rested for 20 to 30 minutes, before being chopped and served.

According to Mr Benjamin Boh, the most difficult part is cooking the rice. For it to cook properly, the rice needs to be between three and six months old. The rice is stirred with a big ladle while it absorbs the stock. The fire is adjusted accordingly so as not to burn or overheat the rice. A great degree of control and skill is required in this 20-minute process. The result is fragrant and tender rice; soft and chewy, yet with every grain separated and not sticky.

Thien Kee’s chicken rice recipe has remained unchanged since 1952, apart from the reduction of oil. But, efficiency in cooking has improved with the introduction of more durable, modern cooking equipment, including the pots, raffia in place of straw, and special hooks for drip-drying the chicken.

The reputation of chicken rice has spread beyond the region. It has received recognition at overseas food fairs and in the international outlets opened by rice chains such as Wee Nam Kee Hainanese Chicken Rice (威南记鸡饭餐室). In 2016, Chef Chan Hon Meng of Liao Fan Hong Kong Soya Sauce Chicken Rice and Noodle received a Michelin star for his chicken rice dish. Chicken rice is even found on the menu of selected Singapore Airlines flights, to provide passengers with “a taste of Singapore”.

Chicken rice is seen as being an important part of Singapore’s food heritage and continues to be a popular dish amongst Singaporeans.

As long as the appetite for chicken rice remains and, as Mr Boh puts it, “as long as there are people to continue this legacy”, this delectable dish will remain a welcome staple of Singapore’s cuisine.

Servings of Hainanese chicken rice ready to be eaten. The preparation is so well-loved in Singapore that it is considered one of the Republic’s “national dishes”. 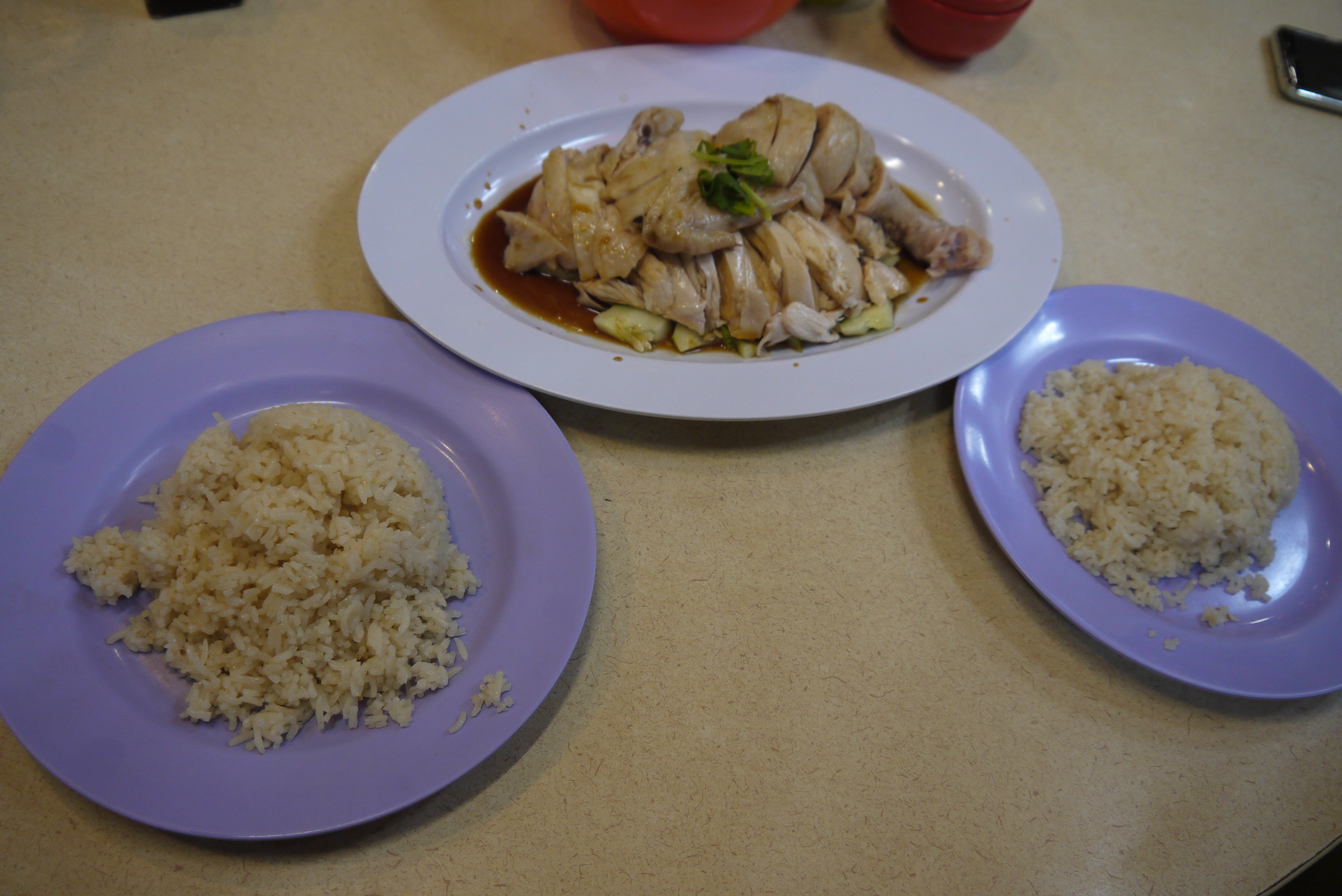 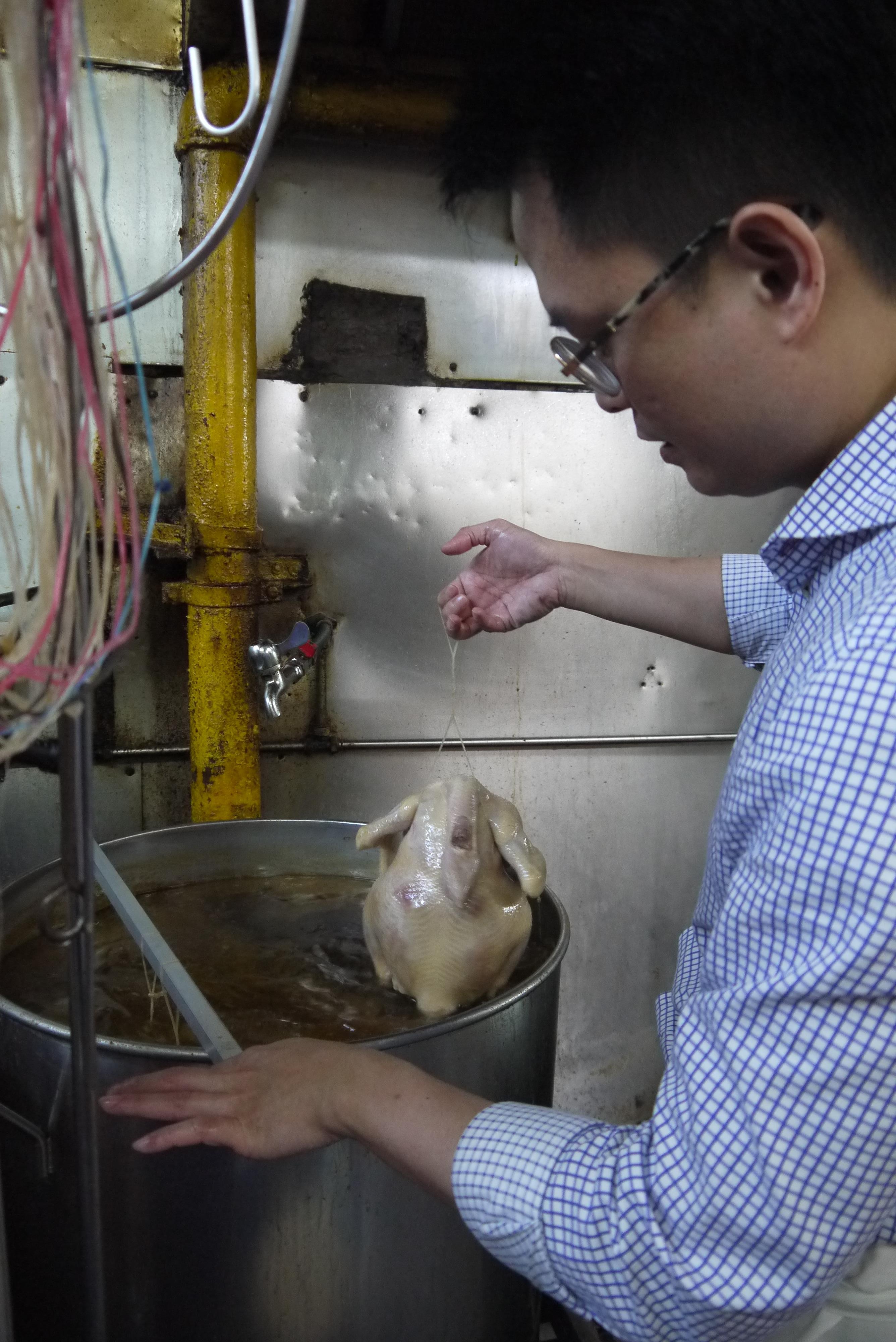 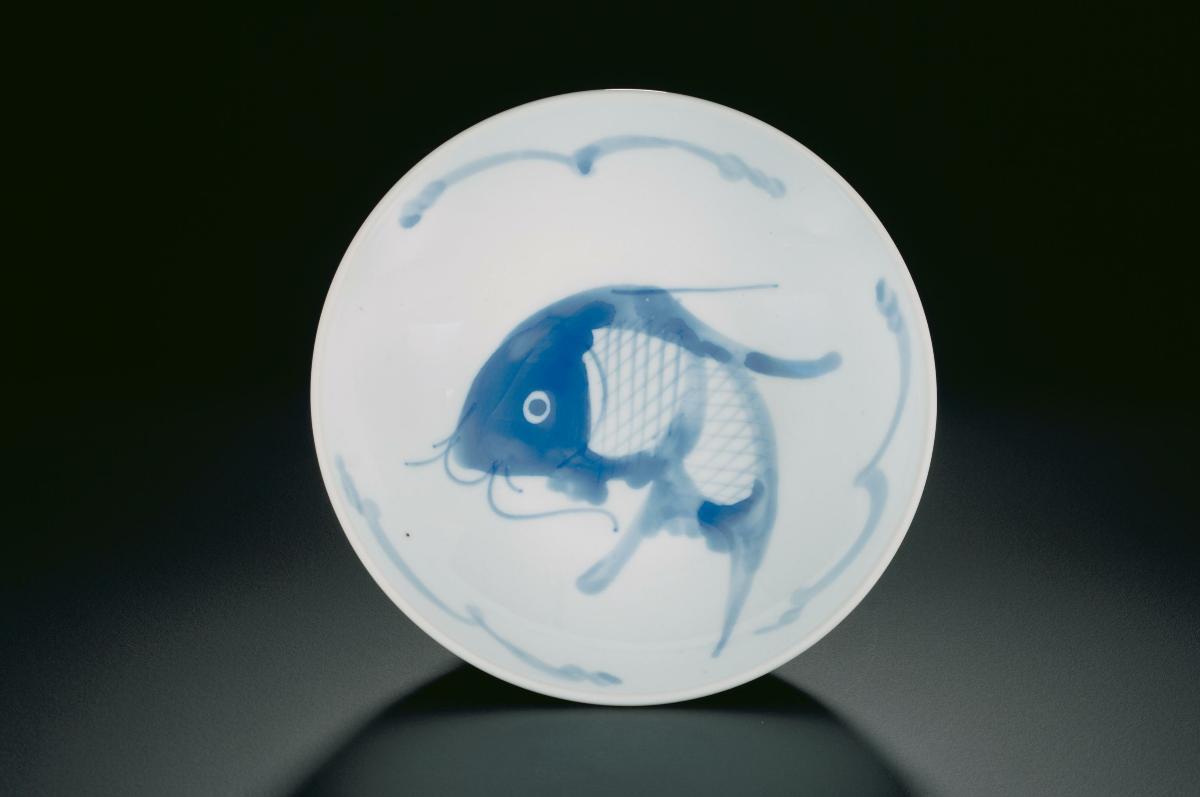 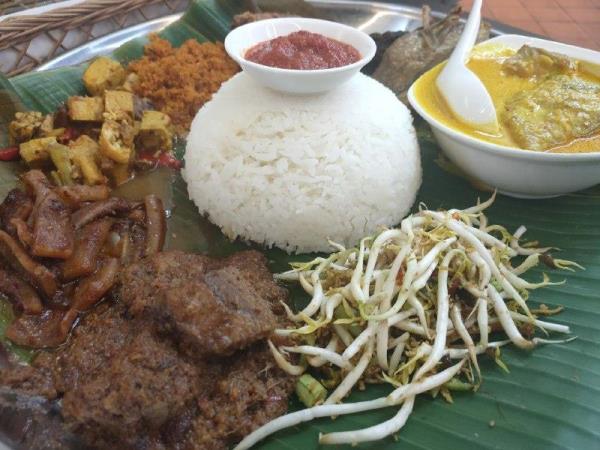 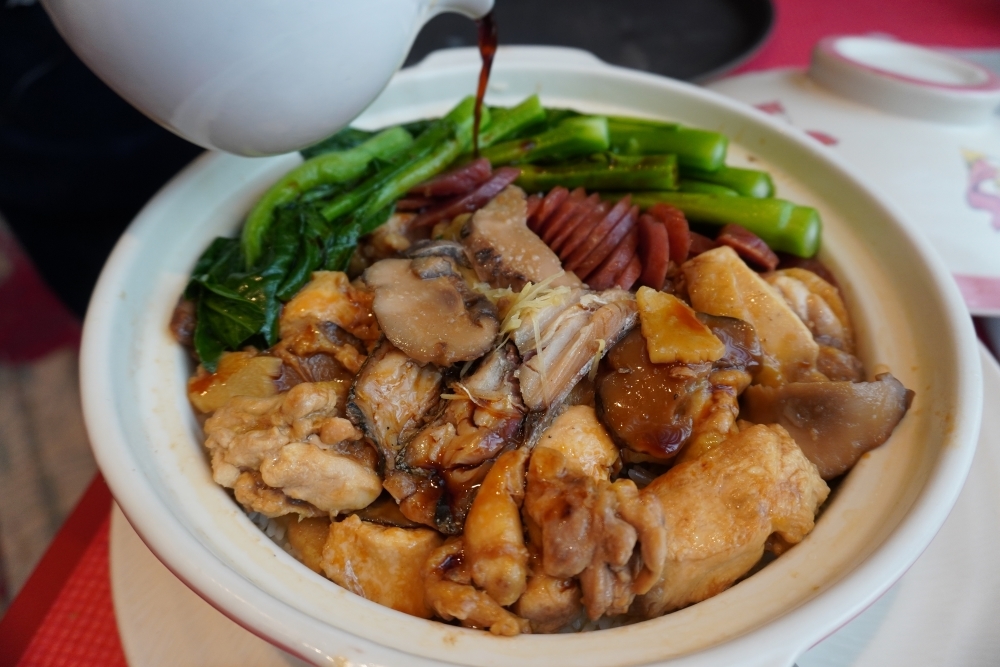 Against All Odds: Salted Fish In Cantonese Cuisine In Singapore 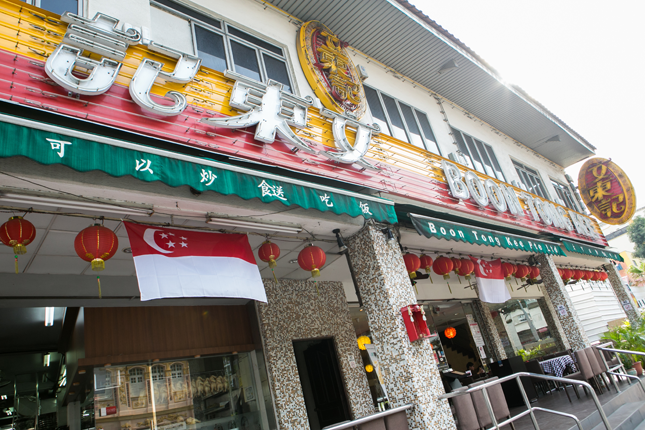 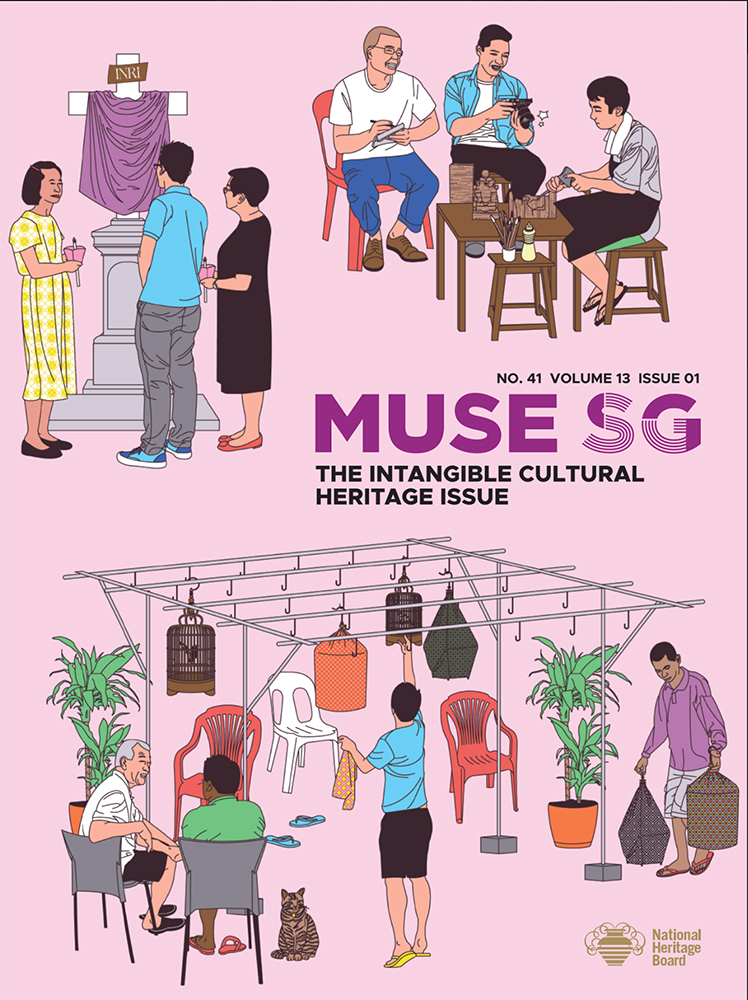